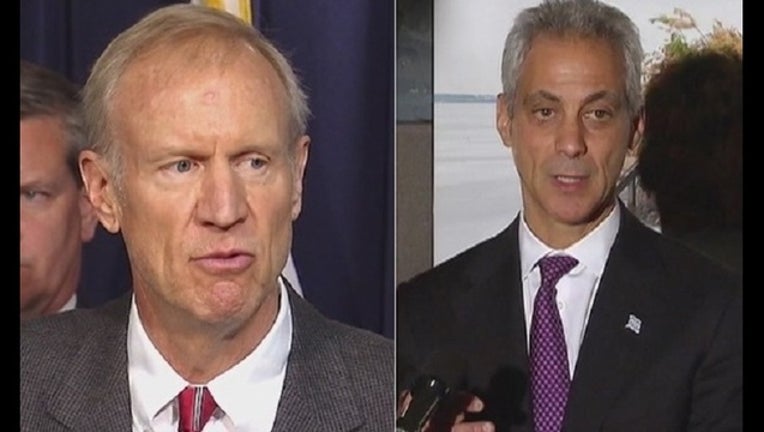 Emanuel began the exchange Thursday by saying Rauner "is following the Donald Trump playbook of demonizing one group of people for his political advantage." The remark was a response to Rauner comments Wednesday accusing lawmakers of wanting a "massive bailout" for Chicago Public Schools at the expense of other areas of the state.

Rauner is in a nearly yearlong standoff with Democratic lawmakers over a state budget.

Public schools worry they won't have funds for the next school year. Without funding, the CEO of Chicago Public Schools says the district won't open.