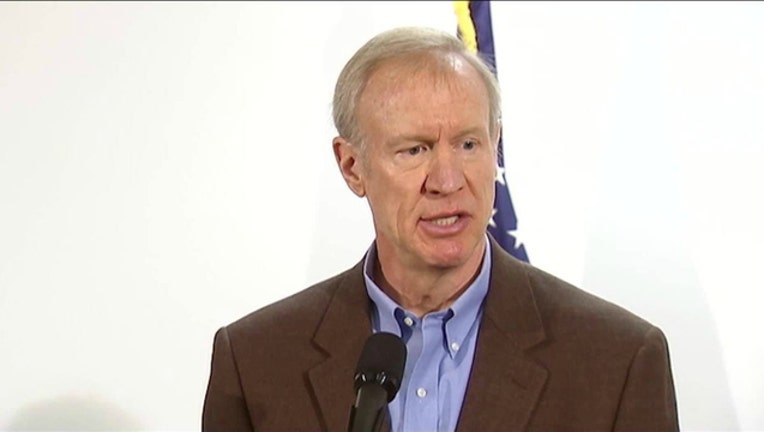 SPRINGFIELD, Ill. (AP) - Gov. Bruce Rauner's vision of a grand two-year budget compromise with Illinois lawmakers is diminishing as the clock ticks down on this year's legislative session.

The Republican has asked for pro-business and union-weakening proposals and other legislative changes as part of a budget compromise. While he remains optimistic he can get a deal done before the spring session ends May 31, Democrats who control the Legislature have been largely dismissive of his ideas.

Any post-session spending plan will require three-fifths support from each chamber, rather than a simple majority, making it harder to end the budget standoff that's now in its eleventh month.

"My sense is, big things, important things, kind of get done at the very last minute, kind of around 2 a.m. That may be what happens now, I don't know," Rauner said last week.

Here's a look at where some of Rauner's proposals stand:

Rauner's plan to overhaul the state's political landscape includes two items that would require lawmakers to go against their career interests: Imposing term limits and changing how legislative districts are drawn every decade. Lawmakers from the ruling party currently draw the maps — usually to their advantage.

Republicans introduced proposals for term limits but they have not received serious consideration. The House and Senate each considered Democrat-sponsored bills on redistricting, including one that would give an independent commission the job of drawing the maps. The measures passed one chamber and failed in the other.

Both issues require voters' approval to change the Illinois Constitution, but the deadline for those to be included on the November ballot has passed.

Another Rauner demand addresses unions, the heart of Democrats' support in Illinois, making the issue a nonstarter for many lawmakers.

"Some things, whether people like to believe it or not, they're just not going to pass in Illinois," said Rep. Patrick Verschoore, a Democrat from Rock Island.

Rauner has scaled back some ideas that would limit unions' power, including dropping a call for legislation establishing local "empowerment zones," which would allow municipalities to decide whether joining a union should be voluntary instead of a condition of employment.

But he still wants local governments to be able to exclude some topics when negotiating labor agreements, such as health benefits and wages that exceed limits set by municipalities. Democrats have shown no interest in taking up the issue.

To make Illinois friendlier to business, Rauner wants to tighten workers' compensation laws, which would reduce employers' costs. Currently, an employee can file a successful claim even if an injury occurred outside of the workplace but was tangentially tied to work.

If Rauner is to agree to a tax increase, which many believe is necessary to close the state's $5 billion-and-growing deficit, he has said Democrats need to pass legislation aimed at growing the economy.

Some Democrats have expressed interest in changing workers' compensation rules, but there has been little movement on the issue.

During speeches, Rauner frequently laments that Illinois has among the highest property taxes in the country. He's calling for a property tax freeze and allowing voters to decide locally whether to raise their property taxes.