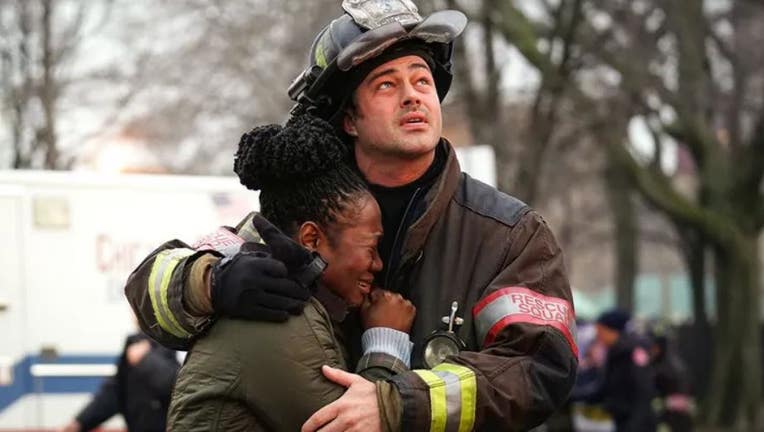 "Chicago Fire" was filming when a shooting happened nearby, in addition to a real blaze which broke out down the block, according to funeral home director Charles Childs, Jr. (Adrian S. Burrows)

CHICAGO - A shooting near a "Chicago Fire" production set was just part of the "unbelievable" scene that unfolded Wednesday in front of A.A. Rayner & Sons Funeral Homes. A real fire broke out down the street, causing confusion among residents who thought the actors were real firefighters choosing not to respond to the blaze.

Charles Childs Jr., director of the funeral home where the NBC show was filming, exclusively told Fox News Digital that shortly before a suspect fired shots near the set, the cast had been practicing extinguishing a real fire while a separate incident was reported down the block.

Almost as soon as the real fire was reported, authorities responded to the scene shortly after 1:45 p.m. when an "unknown offender, armed with a handgun shot at a group of people standing in the 5900 block of W. Madison Street" in the Austin neighborhood, according to the Chicago Police Department.

Childs Jr. explained the entire scenario was "chaotic" as neighbors were bewildered as to why the dozens of assumed firefighters in his lot weren't responding to the fire down the street, unbeknownst to them that the people they had been watching put out fires weren't trained first responders, but were actually actors.

"We had the honor of being selected to be in an episode of ‘Chicago Fire,’ and the crew was standing outside when all of a sudden they were getting prepared to do a shoot," Childs Jr. explained of the general scene at A.A. Rayner & Sons Funeral Homes on Madison Street.

Charles said the confusion could have been the storyline for a bestselling book as people hurried around pleading for assistance from the cast, assuming they were first responders who simply weren't responding.

"At the funeral home, it was a make believe fire, and the actors were just doing their jobs," he said. "So while all of this was going on, some idiot used a firearm and shoots at people. We don't know who was being targeted. We don't know who the assailant was."

While "no one was struck," the suspect fled the scene in a "dark color SUV" and CPD detectives are investigating the shooting. 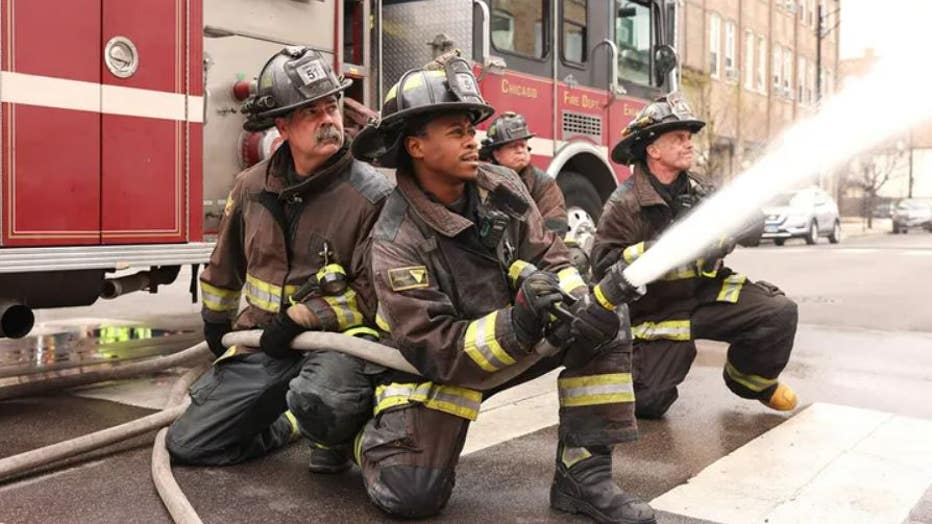 The "Chicago Fire" (seen in season 10) shooting occurred near the funeral home where the NBC show was filming Wednesday (Adrian S. Burrows)

"It was chaotic because all these activities were going on at the same time," Childs Jr. said. "Why would somebody do that? There was a police presence. There were security guards present. It was just an unbelievable situation."

He added, "It was one of those days. You couldn't have written this in a novel."

Childs Jr. speculated approximately 70 people were in the proximity of his funeral home or on scene of the production, and somebody could have been seriously hurt.

"Somebody could have been killed, shot accidentally," he said. "We just don't know what was going through this person's mind. We don't understand it," he said. 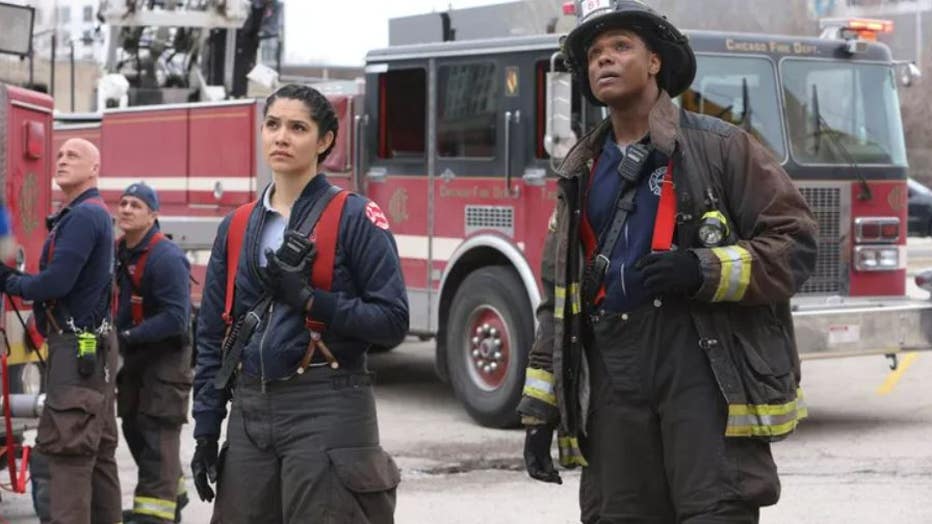 "Chicago Fire" actors were safe following a shooting near the production set on Wednesday (pictured in Season 10). (Adrian S. Burrows)

Between the sounds of the sirens blaring from responders to the fire down the street and the police signals, Childs Jr. said everything was "so chaotic" and "confusing."

"We can pray that nobody was hurt," he said. "I’m not sure how many victims were displaced because of the fire."

He added, "We’re all thankful that nobody got hurt here."