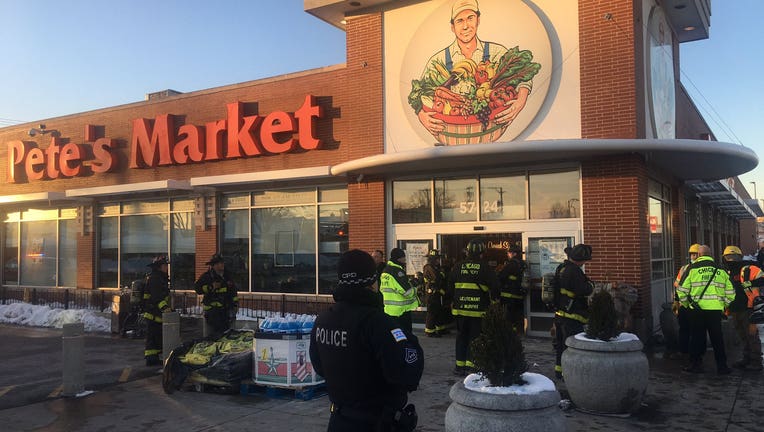 CHICAGO - A Pete’s Fresh Market in Gage Park was evacuated Tuesday afternoon after a refrigeration leak.

Readings indicated a "bad atmosphere" inside and shoppers and employees were evacuated to a nearby McDonald’s, officials said.

Crews were awaiting the arrival of "the big fan unit" to "blow out the bad air," officials said.

No injuries were reported, officials said.