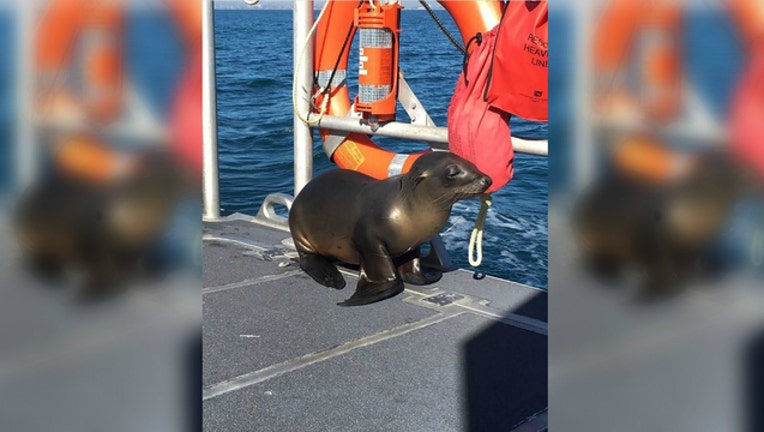 NEWPORT BEACH, Calif. (AP) -- Officials say a juvenile sea lion was so happy to be rescued after getting hooked by fishing gear off Southern California, it jumped into a Coast Guard boat.

Officials say after a little persuasion, the sea lion hopped aboard the boat and posed for photos.

The animal was handed off to a crew from the Pacific Marine Mammal Center, which brought the sea lion to its rescue facility. It will be rehabilitated and released.