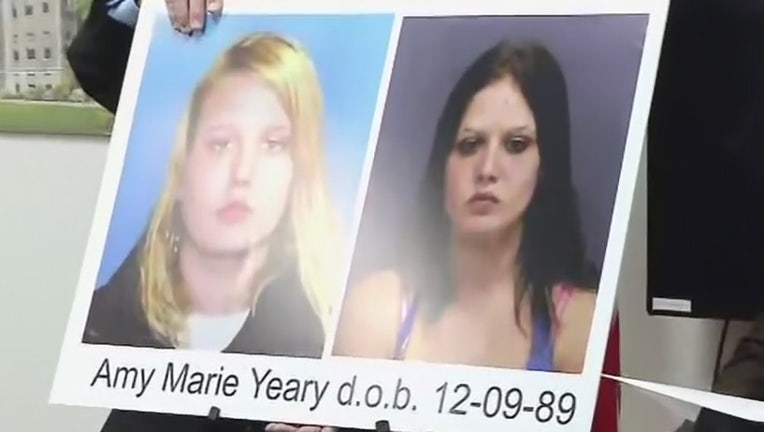 ROCKFORD, Ill. - Family members of Amy Yeary of Rockford have wondered for years what happened after they were last in touch with her in 2008, and now they know: she died shortly after their last contact.

Fond du Lac County Sheriff Ryan Waldschmidt said that a body found in a rural area on Nov. 23, 2008, has recently been identified as Yeary. The answers came after her remains were exhumed in 2018, and samples were sent to laboratories around the country. She was positively identified using DNA from her mother and sister.

Her mother told detectives that Amy called from Beloit in 2008, saying she wanted a ride home. Her mom wasn't able to help and never heard from her again.

Officials said Yeary, who was 18 when she died, was a victim of human sex trafficking and spent time in Milwaukee, Chicago, and Beloit in the weeks preceding her death.