Roseland Community Hospital is facing questions after reports that its air conditioning is not working as it should be during the current heat wave.

CHICAGO - Roseland Community Hospital is facing questions after reports that its air conditioning is not working as it should be during the current heat wave.

Temperatures in Chicago were well into the 90s this week.

Inside the neighborhood hospital, even the nurses could not catch a break. There was a temporary cooling unit by their station, but just feet away a thermostat read 85 degrees.

“They’ve been working on the AC since May and it’s still not up to par,” community member Jocilyn Floyd said. 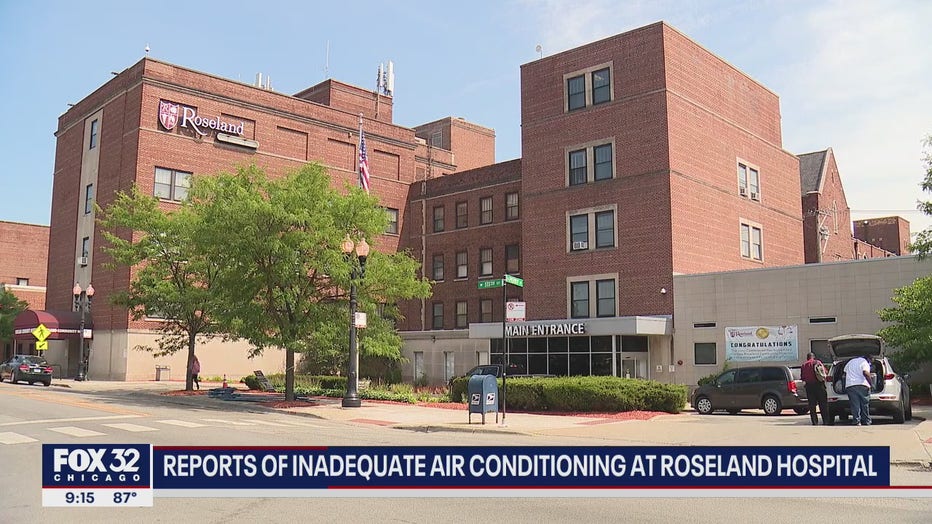 Many of the recovery rooms for moms that have given birth or waiting to give birth have an old AC system. Some have window units.

“The room was warm, but the areas on the unit do fluctuate in temperature,” said Jill Jean, Roseland Community Hospital Chief Nurse Officer.

The delivery area has three new AC units, which were both installed in the last two weeks at the tune of $18,000.

“I am part of a very new executive team that walked into a lot of problems and we have been working on project after project to improve the overall wellbeing of the building,” Jean said.

Last month, the hospital was under scrutiny after the Illinois Department of Public Health released a scathing report saying the hospital failed pregnant mom Lolita Davis, who died at the hospital with her unborn baby from coronavirus complications.

The Director of Quality and Regulatory Compliance says the criticism of the hospital is not always warranted.

“It has been a pillar in the community; it’s been here 100 years. It’s been through multiple accreditations and recently passed those with IDPH and that is something the hospital doesn’t get credit for,” said Dr. Terrill Applewhite.