The high court's ruling could become a hot campaign issue this fall, but perhaps not so much here in Illinois.

CHICAGO - In a narrow five to four opinion, the Supreme Court ruled Thursday that the Trump administration did not follow the correct procedure when it tried to end the Deferred Action for Childhood Arrivals program -- or DACA.

The high court's ruling could become a hot campaign issue this fall, but perhaps not so much here in Illinois.

Most Republican senate candidates on the ballot with President Trump this fall support his effort to end an Obama-era program protecting so-called "Dreamers" from deportation, even though they're here illegally, having been brought in as children.

“It is good news. I mean, we have a lot of those people in our midst in suburban Chicago and in Chicago,” Mark Curran said.

“Everyone knows our immigration laws are a mess, hard to explain, impossible to defend. We have a chance to do something about that’s on a bipartisan basis,” Durbin said. 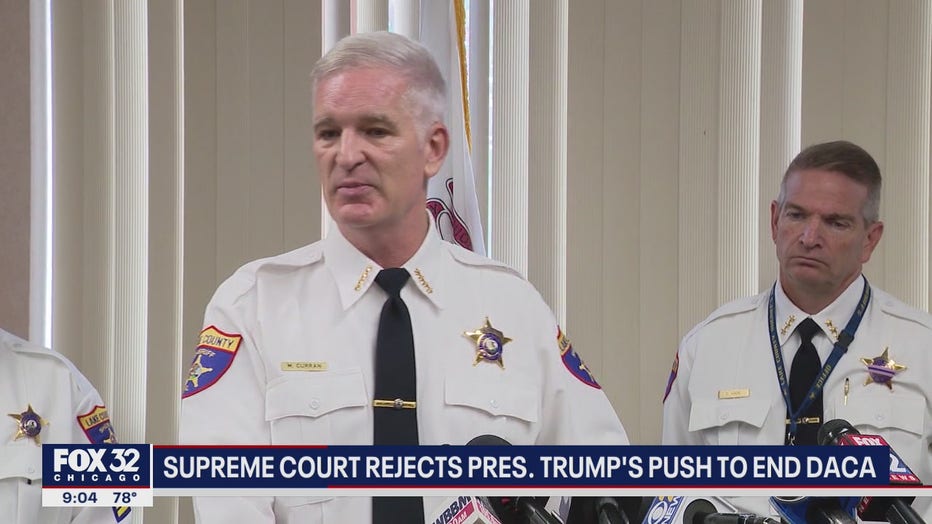 That would be unlikely, if the president moved again to abolish DACA, as a tweet suggested: "As President of the United States, I am asking for a legal solution on DACA, not a political one, consistent with the rule of law. The Supreme Court is not willing to give us one, so now we have to start this process all over again."

Since that would likely take many months, the president may not be able to fully abolish DACA unless he wins re-election. Democrat Joe Biden is a big supporter of DACA.