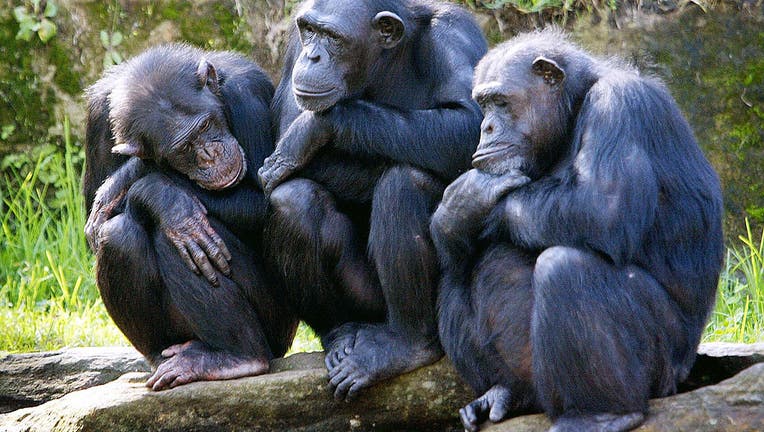 Scientists are concerned that a recently discovered bacterium linked to the deaths of chimpanzees in Sierra Leone could spread to humans.

Researchers led by a team at the University of Wisconsin, Madison published a study on Wednesday, announcing their findings in the journal "Nature Communications."

Fifty-six chimpanzees died from the previously mysterious illness at the Tacugama Chimpanzee Sanctuary between 2005 and 2018.

The disease causes both gastrointestinal and neurological symptoms that are "not subtle," lead researcher Tony Goldberg told Science.

"The chimpanzees would stagger and stumble, vomit, and have diarrhea," he said. "Sometimes they’d go to bed healthy and be dead in the morning."

After several years spent screening DNA and samples from the primates, Goldberg's graduate student Leah A. Owens isolated a bacterium that was in 68% of the samples from sick chimpanzees.

Dr. Mike Adkesson from the Chicago Zoological Society talks about how Malena the tiger is recovering after undergoing hip-replacement surgery.

Under a microscope, what she found on her slide -- which reportedly resembled a four-leaf clover -- looked like that of the genus Sarcina -- which, at the time, only included two other known species.

The bacterium Owens found is now called Sarcina troglodytae, after the species of chimpanzee it infects -- Pan troglodytes.

The newfound disease it causes has been named Epizootic Neurologic and Gastroenteric Syndrome (ENGS).

There are still a lot of unknown variables. For example, while it is known that the bacterium can live in soil, it is not understood how the Tacugama chimpanzees ingested it, why there is a prevalence in the month of March, and whether or not the bacterium alone causes the illness.

The disease has a fatality rate of 100%.

In the hopes of saving the lives of these endangered animals, Tacugama veterinarians are treating sick chimpanzees with antacids, anticonvulsive and antibiotics -- though the animals never recovered.

While ENGS has not infected any humans -- the Sarcina genus had found only 44 cases of human infection -- humans and chimpanzees share about 99% of their genomes, including gut bacteria.

Although the biggest threat, according to Science Magazine, remains that ENGS will spread to wild chimpanzees or other sanctuaries, Goldberg told The Milwaukee Journal Sentinel on Wednesday that he was monitoring the pathogen.