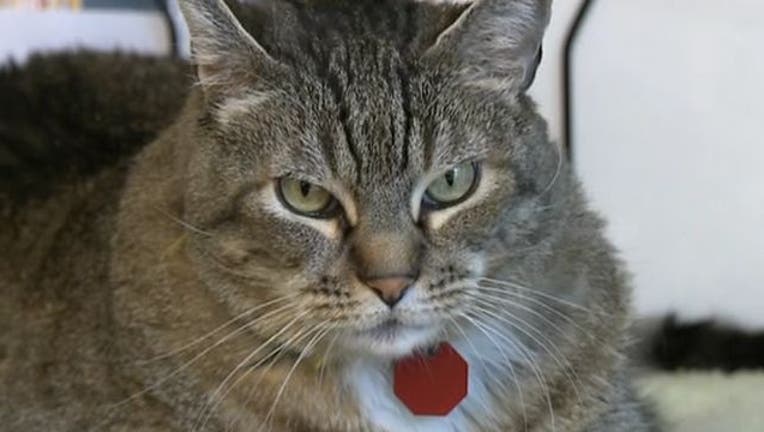 CHICAGO (AP) - Dozens of Chicago residents are taking in feral cats in an effort to rid their homes and neighborhoods of rats.

The Tree House Humane Society launched its Cats at Work program in 2011 after the nonprofit's feral cats cleared out a Cicero business's rat problem, the Chicago Tribune reported. Now there are 500 feral cats involved in the program, with a waiting list of two to four weeks to adopt them.

"This is nature taking care of nature," said Jenny Schlueter, director of development at the nonprofit Tree House. "It's a whole lot safer for the environment and ends up being more cost-efficient over time in comparison to rat poison and other abatement traps."

Planned demolition projects and warm winter weather have caused concerns over an explosion in the rodent population.

As of Thursday, more than 7,600 rat complaints had been filed this year, compared with about 4,705 over the same period last year.

Some residents hope feral cats can address the rising number of rat complaints.

"The cats have proven to be 100 percent effective," said Paul Nickerson, the manager of the Cats at Work program. "They scare the rats away with their pheromones and natural predator-like instincts."

Before the cats are sent to a requested site, they are sterilized, vaccinated and spayed or neutered. Each cat is microchipped and have a clipped ear to indicated they belong to someone and aren't a threat to the community.

Part of Tree House's mission is to give purpose to cats that would otherwise be euthanized. The organization collects feral cats from Animal Control after other groups select the more adoptable animals.

"There's been a lot of efforts put toward refocusing how people think about these cats," Schlueter said. "They used to be considered just as much of a nuisance animal as the rats, and it didn't occur to people that they can provide a service and have a role in the urban ecosystem. The more we have been able to emphasize that, the more it has been catching on."

Caretakers are expected to provide ongoing care, food, shelter and medical care for their feral cats.