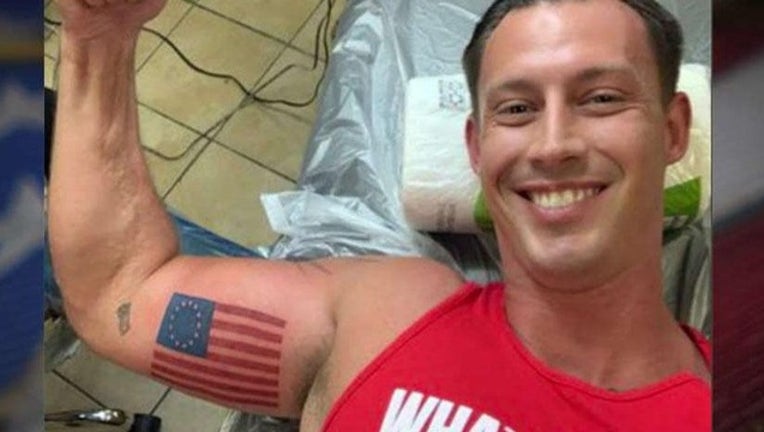 Retired marine Johnny (Joey) Jones was so adamant in his support for the Betsy Ross flag, he decided to tattoo it on his arm as a rebuke to Nike's decision to pull a set of shoes bearing the iconic flag's design.​​

"You don't get to control the narrative on everything that is a symbol to this country," Jones told "Fox & Friends" while discussing his tattoo on Saturday.

Jones, who placed the tattoo on his bicep, said he couldn't think of a better symbol than the Betsy Ross flag, which flew during the American Revolutionary War.

"Colin Kaepernick presented this opportunity to me on a silver platter," Jones said, referring to the controversial football player who reportedly influenced Nike's decision.

Sources told The Wall Street Journal that Kaepernick said he felt the use of the Betsy Ross flag was offensive, with slavery connotations.

Citing people familiar with the matter, the paper's report stated, “After images of the shoe were posted online, Mr. Kaepernick, a Nike endorser, reached out to company officials saying that he and others felt the Betsy Ross flag is an offensive symbol because of its connection to an era of slavery.”

But for Jones, the flag sparked a "fire that still burns today in people's hearts."

"That flag is absolutely a symbol. It's a symbol of what people can do in this country. Even in times when they feel oppressed, they can rise above, have a direct impact."