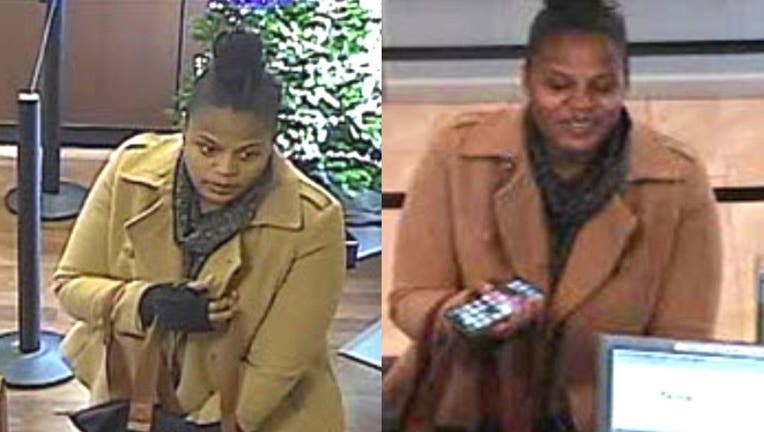 Police say this woman withdrew money from someone else’s account on Dec. 18, 2019 in Naperville. | Naperville police

NAPERVILLE, Ill. - Police in west suburban Naperville are seeking to identify a woman who allegedly stole someone’s identity to withdraw money from the victim’s bank account.

Naperville Crime Stoppers are offering a reward of $1,000 for information on a woman who deposited two checks into the victims bank account and then withdrew money from the account, according to a statement from Naperville police.

Anyone with information is asked to call Naperville Crime Stoppers at 630-420-6006.