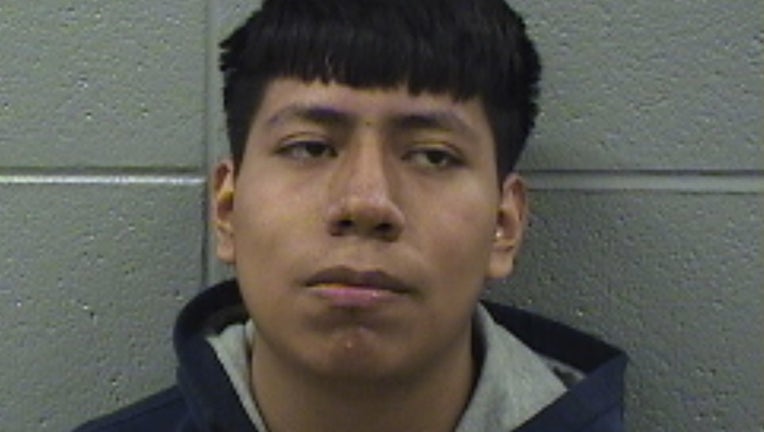 CHICAGO - A Rogers Park man is accused of robbing a man at knifepoint Tuesday near north suburban Evanston.

Reimundo Atempa-Hernandez, 19, was charged with one felony count of armed robbery, according to Evanston police.

About 4:00 a.m., Atempa-Hernandez approached a 52-year-old man in the 700 block of West Howard Street and asked for $20, police said. The older man said he did not have any money.

Atempa-Hernandez later approached the man again, allegedly pulled out a knife and said “give me all you got,” police said. The man handed over a pair of gloves, six CDs, a pair of black headphones and an Android cellphone.

Atempa-Hernandez ran off and was arrested about 30 minutes later while allegedly trying to commit another robbery on the same street several blocks away, police said.

He was ordered held without bond, and his next court date was set for Nov. 26.