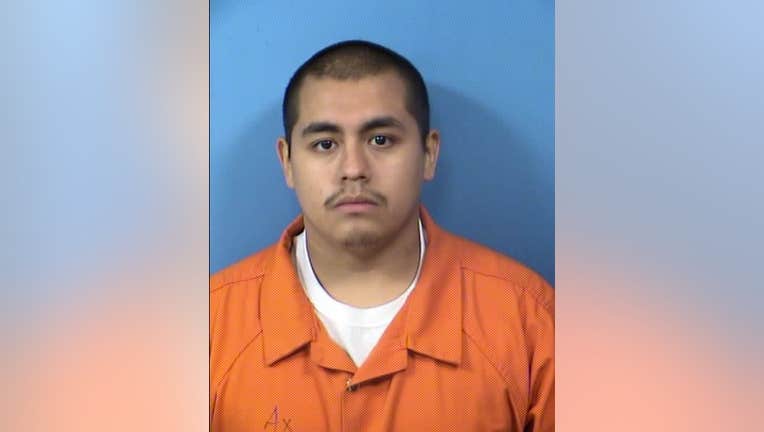 ROSELLE, Ill. - Bond was denied for a Roselle man accused of shooting a woman in the head at a restaurant Saturday morning.

At about 12:29 a.m. Saturday, Roselle police officers responded to a call of shots fired at Bulldog Ale House, which is located at 394 Irving Park Road.

When officers arrived, they found a woman in her 20s with a gunshot wound to the head.

She was transported to a local hospital for medical attention, prosecutors said.

During an investigation, officers determined that an employee and a male patron, later identified as Quijano, were allegedly arguing.

After the argument, Quijano allegedly began walking toward the exit, then turned around and began firing into the restaurant, prosecutors said.

Quijano fired his pistol 18 times with one shot striking the victim in her head, prosecutors said.

After the shooting, Quijano allegedly fled the scene on foot, but was taken into custody a short time later at his home.

A pistol and a magazine were recovered from his residence as well as two live 9mm rounds — one in Quijano's pants pocket and another in a satchel he was carrying, prosecutors said.

"Judge Alvarado’s denial of bond this morning sends the message that senseless, unprovoked acts of violence as alleged in this case will most certainly not be tolerated in DuPage County," said DuPage County State’s Attorney Robert B. Berlin. "The type of extreme violence alleged in this case can have a chilling effect on the entire community and will be met with the full force of the law. I wish the victim in this case well and it is my sincerest hope that she has a speedy and full recovery."

Quijano’s next court appearance is scheduled for Aug. 15.