President Joe Biden gave remarks the day after 10 people were killed in a mass shooting at a King Soopers in Boulder, Colo. He also called for the Senate to pass recent House-passed bills on gun control.

COLUMBIA, S.C. - A South Carolina state senator has proposed making everyone over 17 who can legally own a gun a member of a militia in order to prevent federal laws from seizing guns.

The proposal comes as mass shootings in Georgia and Colorado that left at least 18 people dead since last week have reignited calls from gun control advocates for tighter restrictions on buying firearms and ammunition.

South Carolina’s constitution allows the governor to call up an "unorganized militia" made up of "all able-bodied male citizens of the state between the ages of eighteen and forty-five years." The proposal by State Sen. Tom Corbin would automatically expand membership to everyone who is over 17 and could own a gun.

Supporters of the bill said if everyone is a member of a militia, then they all fall under the opening clause of the Second Amendment of the U.S. Constitution that starts "A well regulated Militia." That way a federal law restricting weapons would not apply in South Carolina since almost all residents would be in the unorganized militia.

After a subcommittee approved the bill Tuesday, it moved on to the full committee — which passed the bill 8-6 Wednesday. It will next be discussed by the full State Senate. 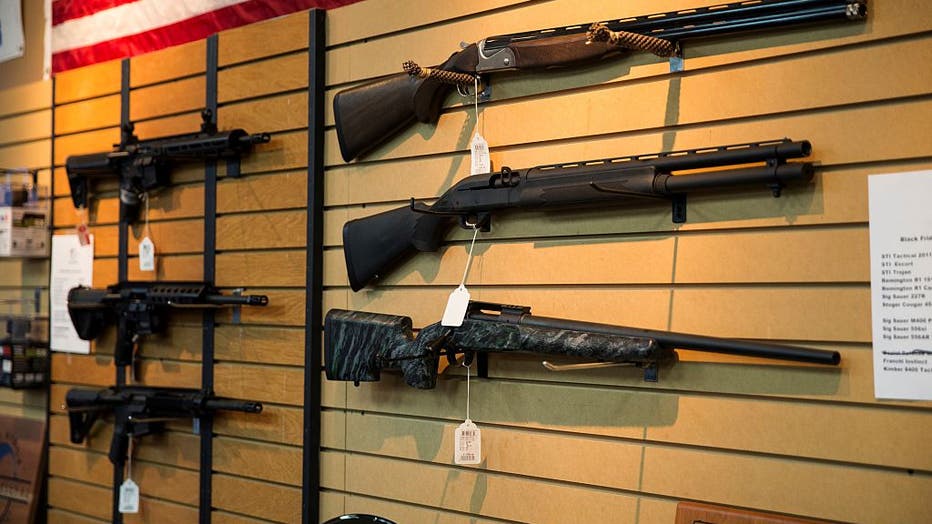 Democratic Sen. Kevin Johnson reminded fellow senators of the mass killing Monday at a Colorado grocery store that killed 10 people, including a police officer responding to the scene.

In another shooting the previous week, eight people were shot to death at three massage businesses in the Atlanta area.

Johnson said he supports gun rights and he, his wife and three children all have concealed weapons permits, but the bill seemed like a solution seeking a problem.

"Y’all, this country is crazy. We have homegrown terrorists. I’m sure those folks who stormed the Capitol on Jan. 6 probably felt they were members of some type of militia," Johnson said Tuesday from Manning.

The proposal would allow unorganized militia members to carry any weapons legally allowed at the end of 2020. Anyone who does not want to be a member of the militia could resign and "resume his civilian status," according to the bill.

The unorganized militia is long in history and short in use in South Carolina's 245 years. The state constitution created it.

State law allows the governor to call it up "in the event of or imminent danger of war, insurrection, rebellion, invasion, tumult, riot, resistance to law or process or breach of the peace" if the regular National Guard cannot handle the threat.

Evidence of a governor calling up anyone to arms is sparse in South Carolina's history. Corbin had to go back to the Revolutionary War and a revered South Carolina military officer.

"Not since Francis Marion and the Swamp Fox shooting at the British," Corbin said.

Corbin first introduced this bill in 2013 on the same day then-President Barack Obama proposed a ban on some assault rifles that did not pass. He said it was no coincidence he proposed it again in 2021 after another Democrat, President Joe Biden, took office.

"With a Republican administration in control in Washington, I didn't fear any gun confiscation," Corbin said.

Johnson noted for more than a decade, Republicans have been stoking fears that Democratic presidents would take away guns and nothing has happened.

"I would like to see if we have any type of documentation or evidence where the federal government is coming into people's homes. I keep hearing that but I just don't see any indication," Johnson said. "Most of the folks that I know respect people's right to bear arms."