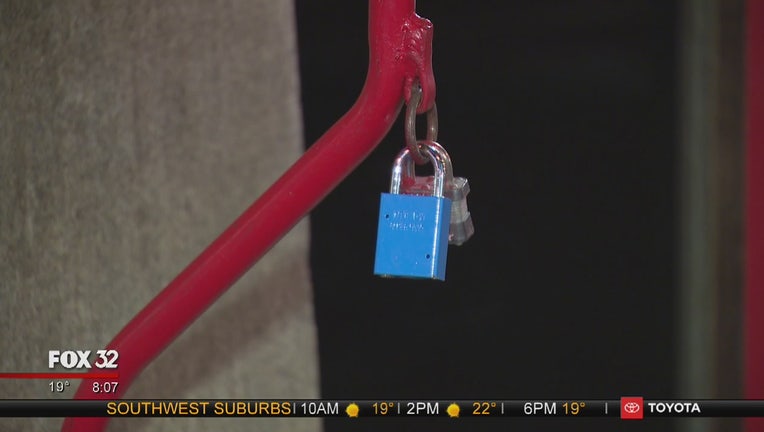 CHICAGO - A red Salvation Army donation kettle was swiped from its post outside of Macy’s on State Street in the Loop on Wednesday.

Someone took the unattended kettle while the bell-ringer was taking a break about 3:45 p.m. in the 100 block of North State Street, according to Chicago police and Salvation Army spokeswoman Katie Pfingsten.

The kettle was set up and contained an estimated $300 to $350 dollars in cash donations, Pfingsten said. The stand and the kettle itself are worth a combined $200.

“The donations from our red kettles help our neighbors in the city in many ways year-round,” Maj. Clara Braddock, corps officer for The Salvation Army Chicago Temple Corps said. “We use those funds for our food pantry, groceries for seniors, for our neighboring families and programming for kids.”

The money that was stolen would have gone to the Chicago Temple Corps Training Center at 1 N. Ogden Ave., Pfingsten said.

Last month, someone made off with a red kettle from the Magnificent Mile during Black Friday.

No arrests have been reported.