ISTANBUL (AP) — Saudi journalist Jamal Khashoggi died in a "fistfight" in the Saudi Consulate in Istanbul, the kingdom claimed early Saturday, finally admitting that the writer had been slain at its diplomatic post. Authorities said 18 Saudi suspects were in custody and intelligence officials had been fired.

The overnight announcements in Saudi state media came more than two weeks after Khashoggi, 59, entered the Saudi Consulate in Istanbul for paperwork required to marry his Turkish fiancée, and never came out. They also contradicted assertions in Turkish media leaks that Khashoggi was tortured, killed and dismembered inside the consulate, claims the kingdom had rejected as "baseless."

But growing international pressure and comments by U.S. officials up to President Donald Trump forced the kingdom to acknowledge Khashoggi's death.

While it fired officials close to Crown Prince Mohammed bin Salman, Saudi Arabia stopped short of implicating the heir-apparent of the world's largest oil exporter. King Salman, his father, appointed him to lead a committee that will restructure the kingdom's intelligence services after Khashoggi's slaying. No major decisions in Saudi Arabia are made outside of the ultraconservative kingdom's ruling Al Saud family.

The kingdom also offered a far different version of events than those given by Turkish officials, who have said an "assassination squad" from the kingdom including an official from Prince Mohammed's entourage and an "autopsy expert" flew in ahead of time and laid in wait for Khashoggi at the consulate. Beyond its statements attributed to anonymous officials, Saudi Arabia offered no evidence to support its claims.

Khashoggi, a prominent journalist and royal court insider for decades in Saudi Arabia, had written columns for The Washington Post critical of Prince Mohammed and the kingdom's direction while living in self-imposed exile in the U.S.

"God have mercy on you my love Jamal, and may you rest in Paradise," Khashoggi's fiancée, Hatice Cengiz, tweeted following the Saudi announcements.

In a statement Friday night, White House press secretary Sarah Huckabee Sanders said the U.S. will closely follow international investigations into Khashoggi's death and will advocate for justice that is "timely, transparent and in accordance with all due process."

Trump meanwhile called the Saudi announcement a "good first step," but said what happened to Khashoggi was "unacceptable."

The announcements came in a flurry of statements carried by the state-run Saudi Press Agency early Saturday morning.

"Preliminary investigations conducted by the Public Prosecution showed that the suspects had traveled to Istanbul to meet with the citizen Jamal Khashoggi as there were indications of the possibility of his returning back to the country," the statement read. "Discussions took place with the citizen Jamal Khashoggi during his presence in the consulate of the kingdom in Istanbul by the suspects (that) did not go as required and developed in a negative way, leading to a fistfight. . The brawl led to his death and their attempt to conceal and hide what happened."

There's been no indication Khashoggi had any immediate plans to return to the kingdom.

The Saudi statements did not identify the 18 Saudis being held by authorities and did not explain how so many people could have been involved in a fistfight. The statement also did not shed any light on what happened to Khashoggi's body after his death.

"The kingdom expresses its deep regret at the painful developments that have taken place and stresses the commitment of the authorities in the kingdom to bring the facts to the public opinion, to hold all those involved accountable and bring them to justice," the statement said.

The kingdom at the same time announced the firing of four top intelligence officials, including Maj. Gen. Ahmed bin Hassan Assiri, a one-time spokesman for the Saudi military's campaign in Yemen who later became a confidant of Prince Mohammed.

Saud Qahtani, a powerful adviser to Prince Mohammed, also was fired. Qahtani had led Saudi efforts to isolate Qatar amid a boycott of the country by the kingdom and three other Arab nations as part of a political dispute.

On Twitter, where Qahtani had launched vitriolic attacks against those he saw as the kingdom's enemies, he thanked the Saudi government for the "great opportunity they gave me to serve my country all those years"

"I will remain a loyal servant to my country for all times," he wrote.

Earlier this week, the Turkish pro-government newspaper Yeni Safak, citing what it described as an audio recording of Khashoggi's slaying, said a Saudi assassination squad seized the journalist after he entered the consulate, cutting off his fingers and later decapitating him. On Thursday, a leaked surveillance photo put Maher Abdulaziz Mutreb, a member of Prince Mohammed's entourage on trips to the U.S., France and Spain this year, at the consulate just ahead of Khashoggi's arrival.

Turkish crime scene investigators this week searched the Saudi Consulate building in Istanbul and the nearby residence of the Saudi consul general, and came out carrying bags and boxes. On Friday, investigators questioned staff and explored whether his remains could have been dumped outside Istanbul after his suspected killing, Turkish media and a security official said.

Trump has said that the consequences for the Saudis "will have to be very severe" if they are found to have killed Khashoggi, but has insisted that more facts must be known before making any judgements. He dispatched U.S. Secretary of State Mike Pompeo earlier this week to both Saudi Arabia and Turkey to speak to officials on the case.

The president has made close ties to the kingdom a priority since taking office. Trump made his first overseas trip as president to Saudi Arabia and has touted his arms sales to the kingdom. Trump's son-in-law Jared Kushner, responsible for a coming peace proposal for Israel and the Palestinians, also has forged a close relationship with Prince Mohammed.

Trump's previous warnings over the case drew an angry response Sunday from Saudi Arabia and its state-linked media, including a suggestion that Riyadh could wield its oil production as a weapon. The U.S. president wants King Salman and OPEC to boost production to drive down high oil prices, caused in part by the coming re-imposition of oil sanctions on Iran in November.

It's unclear whether the Saudi announcement will be enough to staunch the criticism the kingdom faces from lawmakers in the U.S., its most-crucial ally. California Rep. Adam Schiff, the ranking Democrat on the House intelligence committee, called Saudi Arabia's claim that Khashoggi was "killed while brawling with a team of more than a dozen dispatched from Saudi Arabia is not credible."

He was "fighting for his life with people sent to capture or kill him," Schiff said.

Republican Sen. Lindsey Graham of South Carolina, who earlier this week said in a televised interview that Prince Mohammed "has got to go," added: "To say that I am skeptical of the new Saudi narrative about Mr. Khashoggi is an understatement."

Human rights groups like Amnesty International separately have been calling for a United Nations investigation into Khashoggi's killing.

"All along we were concerned about a whitewash, or an investigation by the entity suspected of involvement itself," Amnesty's Rawya Rageh said Saturday. "The impartiality of a Saudi investigation would remain in question." 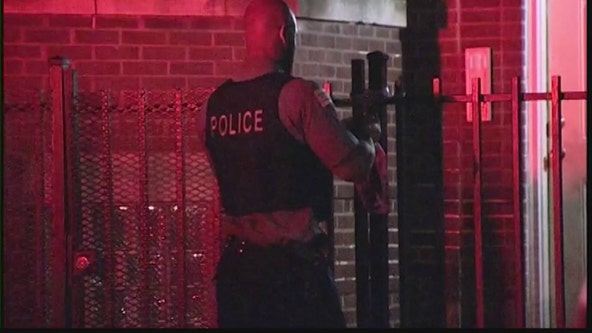