According to the Hollywood Reporter, 30 Rock writer Tracey Wigfield will spearhead the project along with Elizabeth Berkley and Mario Lopez, who are expected to reprise their roles as Jessie Spano and AC Slater.

RELATED: ‘The right thing to do’: Luke Perry’s death brought cast members together for ‘BH90210’

Lopez previously hinted at a possible reunion of the beloved cast in a new show, saying that there would be obvious logistical changes to the story since characters would have long since graduated from high school. 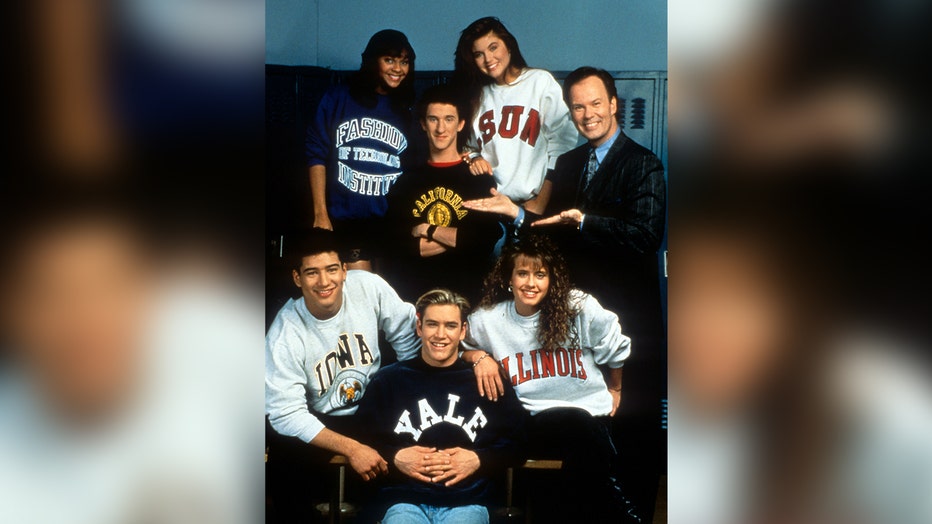 FILE - The cast in publicity portrait for the television series 'Saved By The Bell', Circa 1991.

"Obviously we couldn't be in high school still, so you'd have to be creative with the premise. But it's fun to think about. And who knows? You never say never," Lopez told Digital Spy at Fan EXPO Canada.

Variety recently released the show’s official logline where fans of the high school sitcom can expect to see the return of the show’s charming protagonist Zack Morris, played by Mark-Paul Gosselaar, as the newly elected governor of California.

“When California Governor Zack Morris gets into hot water for closing too many low-income high schools, he proposes they send the affected students to the highest performing schools in the state – including Bayside High,” reads the logline. “The influx of new students gives the over privileged Bayside kids a much needed and hilarious dose of reality.”

While the logline specifically mentions Gosselaar’s character, it is not yet confirmed that he’ll return, but the Hollywood Reporter said Gosselaar is in talks to potentially play Morris again.