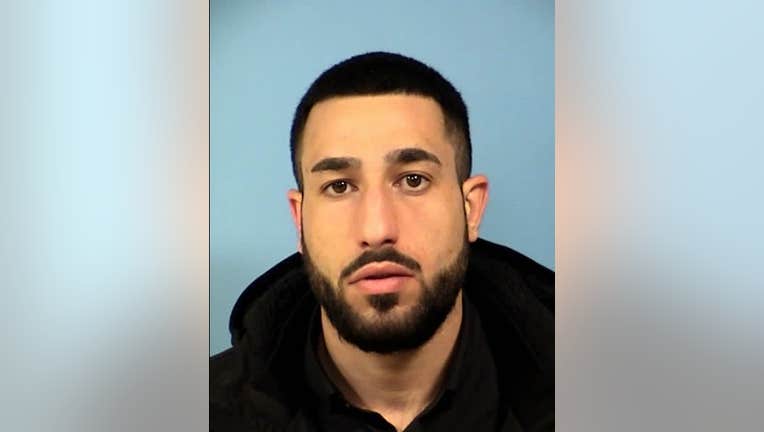 ITASCA, Ill. - A 26-year-old man is facing charges in a shooting on the Eisenhower Expressway last August near Itasca.

Micaro Masri, of Schaumburg, is accused of shooting at a car driving beside him Aug. 24, 2020 on I-290 near Thorndale Road, police said.

"In recent months we have seen an alarming increase in the number of highway shootings," DuPage County State’s Attorney Robert Berlin said. "Shooting from a moving vehicle at another moving vehicle, as alleged in this case, puts not only the victim in danger but also any other motorist who may be on the road at that time. Make no mistake, the type of dangerous behavior alleged in this case will be met with the full force of the law."

Masri was arrested by Schaumburg police Sunday and charged with one felony count of aggravated discharge of a firearm.

Masri is due in court June 28.