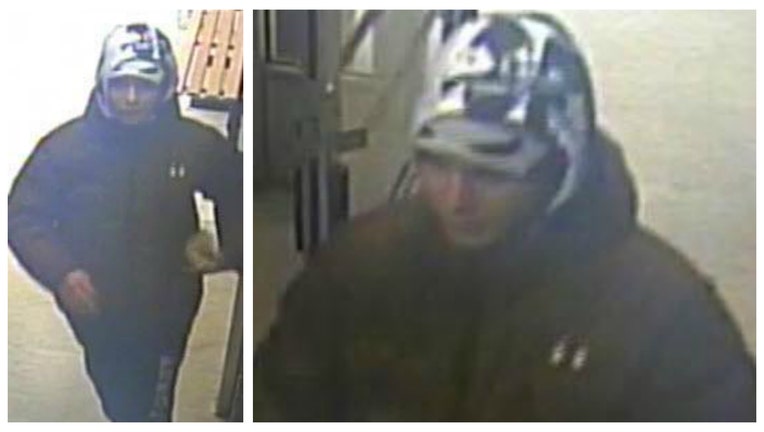 SCHAUMBURG, Ill. - Schaumburg police are asking for help identifying a male wanted in connection with an armed robbery at a grocery store in the northwest suburban community.

Witnesses told authorities the male entered the store, approached a clerk at a register and flashed a black handgun while demanding cash, police said.

He left the store with about $400 and was last seen walking west from the area, police said.