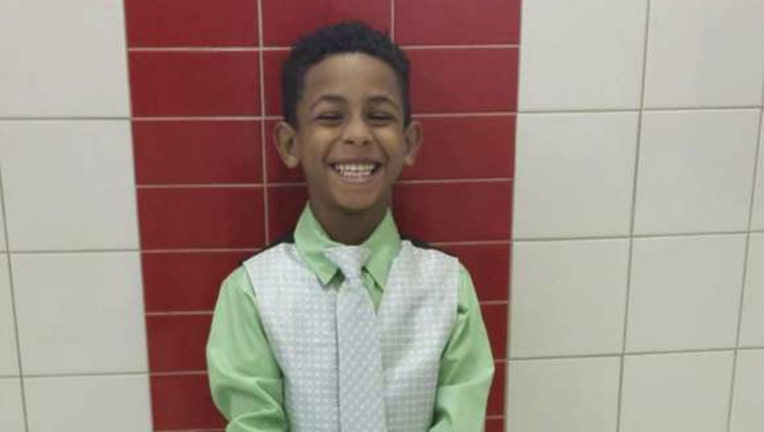 Gabriel Taye died by suicide after being bullied at school. He was 8-years-old.

CINCINNATI - The death of an 8-year-old boy whose parents say killed himself after he was bullied by another student is at the center of a legal fight with his family and the Cincinnati Public Schools.

School officials said the district isn't liable for the death of Gabriel Taye, pushing for the U.S. Sixth Circuit Court of Appeals to overturn a federal trial judge's refusal to dismiss the parents' wrongful death lawsuit, The Cincinnati Enquirer reported.

The boy's parents argue that Carson Elementary School never told them that Gabriel was knocked unconscious by another student during an altercation outside a school restroom on Jan. 24, 2017. School officials claim Gabriel told staff he had fainted and never said he had been bullied or assaulted.

The district released a video that shows one boy bullying other students and then, according to the family's attorneys, pushing Gabriel into a wall when he tried to shake the boy's hand and knocking him unconscious. The spokeswoman said it's unclear from the video what happened to Gabriel at that moment.

An assistant principal arrived about 4 1/2 minutes after Gabriel fell to the floor, followed by other school employees and the school nurse, who helped him to his feet, according to surveillance video. He was on the floor for about seven minutes.

The school nurse called Gabriel's mother, Cornelia Reynolds, and told her that he fainted.

Gabriel returned to school two days later when he was bullied again, according to the lawsuit. He killed himself that night.

Reynolds claims she didn't learn of the bullying until her attorneys saw a copy of an email written by a Cincinnati police homicide detective in an investigative file that described the scene outside the boys' bathroom, her lawyers said.

If you are in crisis, there are places to get help. The National Suicide Prevention Lifeline 1-800-273-TALK (8255) is a free, 24/7 confidential service that can provide people in suicidal crisis or emotional distress, or those around them, with support, information, and local resources.