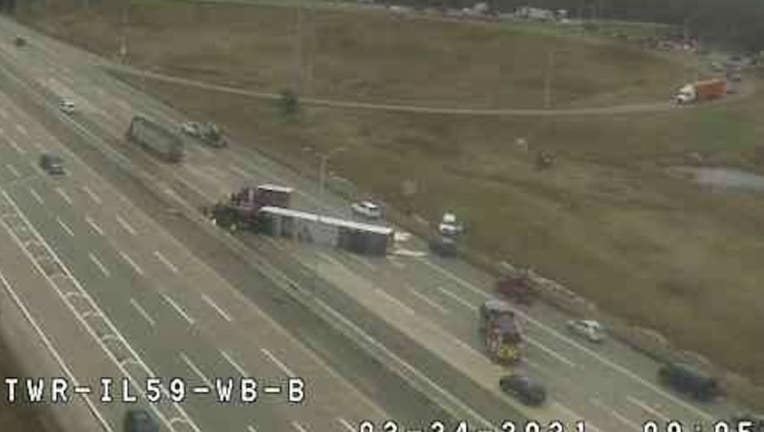 Traffic camera video showed an overturned semitrailer on the Jane Addams Tollway near Route 59 on March 24. | Illinois Department of Transportation

A crash involving a commercial truck and a person vehicle happened about 9 a.m. just west of Route 59, Illinois State Police said in a statement.

All traffic was diverted to Route 59 until about 10 a.m., when three lanes reopened, according to an alert from the Illinois Tollway.

The drivers of both vehicles were taken to hospitals with injuries that weren’t life-threatening, state police said. The cause of the crash wasn’t immediately clear.