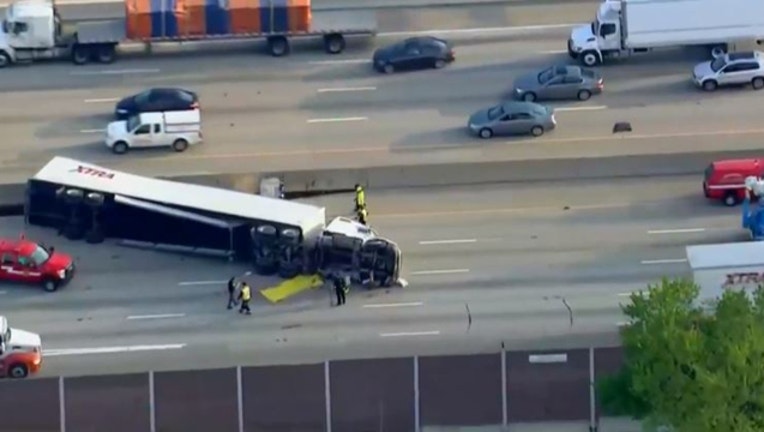 The rollover crash, which was announced about 6:15 a.m., is blocking three eastbound lanes near Calumet Avenue, Ann Wojas, the Indiana State Police public information officer for the Lowell District, said in a tweet.