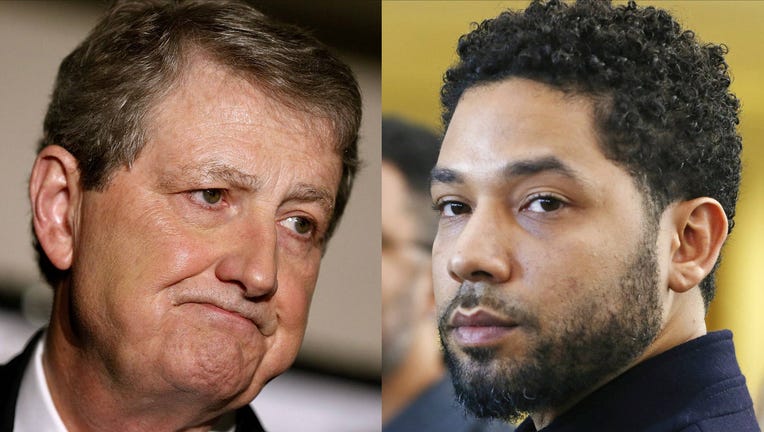 "I trust Russia and China and Iran and North Korea like I trust a Jussie Smollett police report," Kennedy said, referring to the former "Empire" actor accused of lying to police about being a hate crime victim.

"You can't trust them and they're not going to stop -- they're not our friends. Since President Trump took office, they don't love us anymore, but I think, by God, they respect us now," he added during an appearance on "Your World."

Kennedy was responding to former Defense Secretary James Mattis previously saying he was very worried about Russian President Vladimir Putin and considered him a "threat."

Since before Trump's election, the Justice Department has been investigating that meddling and potential collaboration with the Trump campaign.

The Trump team alleged, however, that DOJ officials abused their power in order to investigate his campaign.

More details are expected to surface, with the Justice Department's inspector general telling lawmakers Friday that he has submitted a draft report on potential surveillance abuses.

Kennedy told "Your World" host Neil Cavuto that Attorney General William Barr, who received the draft, should work to release that report publicly as soon as possible.

If the report shows surveillance abuses, Kennedy said the perpetrators need to be "dismissed."

"If necessary," he added, "they need to be prosecuted with great vengeance and furious anger."