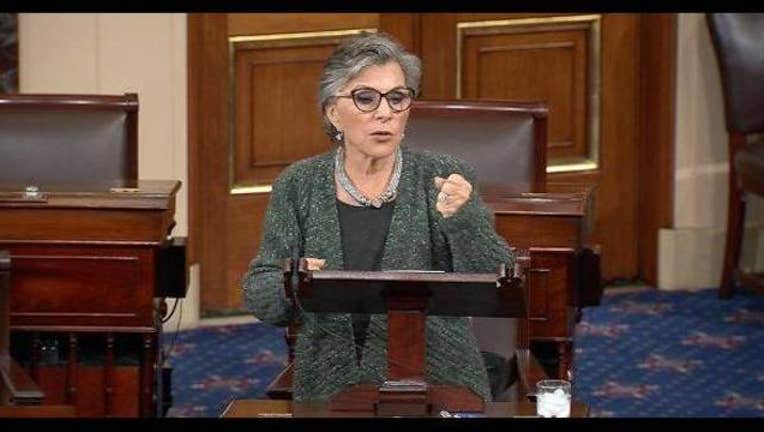 WASHINGTON (AP) — The fact that Hillary Clinton most likely won the U.S. popular vote but won't be president has some people wondering, "Wait, why do we do it this way?"

Thank — or blame — the Founding Fathers for creating the possibility of a so-called "divergent election" when they set up the Electoral College.

A look at how and why the U.S. selects its presidents this way:

The Electoral College was devised at the Constitutional Convention in 1787. It was a compromise meant to strike a balance between those who wanted popular elections for president and those who wanted no public input. Alexander Hamilton wrote, "If the manner of it be not perfect, it is at least excellent."

At the time, the country had just 13 states, and the founders were worried about one state exercising outsized influence, according to a white paper from the U.S. Election Assistance Commission. Small states were worried that states with large populations would have extra sway. Southern states with slaves who couldn't vote worried that Northern states would have a louder voice. There were concerns that people in one state wouldn't know much about candidates from other states. The logistics of a national election were daunting. The thinking was that if candidates had to win multiple states rather than just the popular vote, they would have to attract broader support.

The electoral system has been tweaked over the years, but the gist endures. The president is selected by a "college" of 538 electors from the states. Each state gets as many electoral votes as it has members of Congress, and the District of Columbia gets three. To be elected president, the winner must get at least half the total plus one — or 270 electoral votes. Most states give all their electoral votes to whichever candidate wins the state's popular vote. So while Clinton is leading Trump in votes nationwide 47.7 percent to 47.5 percent, Trump's total in the Electoral College stands at 290, with races in Michigan and New Hampshire yet to be called. In 2000, Democrat Al Gore narrowly won the popular vote but lost to Republican George W. Bush in the Electoral College 271-266. Overall, there have been four such cases of divergent elections.

A lot has changed since the Electoral College system was established, making many of the original reasons for its existence outdated: The U.S. now manages to run national elections quite well. Voters nationwide have no shortage of information about candidates. Slavery no longer exists. But there are still concerns that small states and rural areas would be ignored in favor of those with bigger populations if the race hinged strictly on the popular vote.

In 1967, a commission of the American Bar Association recommended that the Electoral College system be scrapped, finding it to be "archaic, undemocratic, complex, ambiguous and dangerous." Fifty years later, critics are still complaining, arguing that the system results in huge swaths of the country being ignored while candidates focus on a dozen or so battleground states.

"It's a terrible system," says George C. Edwards III, a Texas A&M professor who's written a book on the subject. Edwards tracks every campaign stop by the major candidates, and he says big states that are sure to vote for one candidate or another — say, California for the Democrats or Texas for the Republicans — now get completely ignored, and small states largely get overlooked, too.

Don't count on it. Republicans have benefited the most from the system in recent years, and they're in control of Congress. However, there is an effort underway to get around the winner-take-all aspects of the system without abolishing the Electoral College.

A group called National Popular Vote is pushing an interstate compact under which states would pledge to deliver all their electoral votes to the nationwide winner of the popular vote. Over the past decade, 11 states have approved such a bill.

John Koza, chairman of the group, is quick to point out that both Trump and Clinton are on record in recent years saying the system is flawed. He's hopeful Trump's election won't make Republicans less amenable to changing it.

To abolish the Electoral College would require an amendment to the Constitution. If passed by the U.S. Congress, three-fourths of the states would also need to ratify it within seven years.

Trump's election will be the second time in the past 16 years that a president has taken office without winning the popular vote, after George W. Bush won the Electoral College to beat popular vote-winner Al Gore in 2000. It has happened five times in the nation's history.

"In my lifetime, I have seen two elections where the winner of the general election did not win the popular vote," Boxer said in a statement.

"This is the only office in the land where you can get more votes and still lose the presidency. The Electoral College is an outdated, undemocratic system that does not reflect our modern society, and it needs to change immediately," Boxer said.

Trump has asserted that he would have campaigned differently if presidential elections were decided by the popular vote, taking more time in populous states like New York and California, and still would have won.