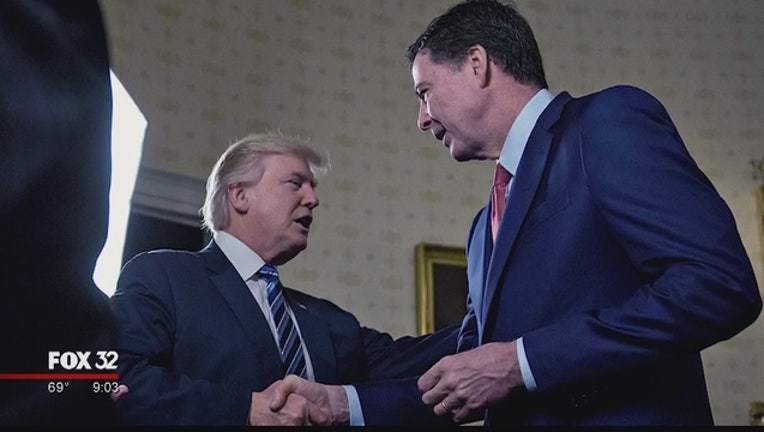 WASHINGTON (AP) -- The top Democrat on the Senate Judiciary Committee says the panel is starting to see "the putting together of a case of obstruction of justice" against President Donald Trump.

Speaking on NBC's "Meet the Press," California Democrat Dianne Feinstein said the evidence is coming partly from "the continual tweets" from the White House. Trump is focusing renewed attacks on the FBI, and on the investigation by special counsel Robert Mueller, two days after ousted national security adviser Michael Flynn agreed to cooperate with the probe as part of a plea agreement.

Feinstein said she believes Trump's firing of FBI Director James Comey came "directly because he did not agree to lift the cloud of the Russia investigation." She added, "That's obstruction of justice."

President Donald Trump is attacking his own FBI in a series of tweets and says the law enforcement agency's reputation is "in Tatters - worst in History!" The president says in a tweet that "we will bring it back to greatness."

The president was responding to reports that a veteran FBI counterintelligence agent was removed from special counsel Robert Mueller's team investigating Russian election meddling because of anti-Trump text messages.

He writes after years under fired FBI director James Comey, "with the phony and dishonest Clinton investigation (and more)," the agency's reputation "is in Tatters - worst in History!"' The president also retweeted a tweet suggesting FBI Director Chris Wray "needs to clean house."

The president is suggesting the agency needs a dramatic overhaul under new FBI director Christopher Wray.

The agent was removed during the summer after the discovery of an exchange of text messages viewed as potentially anti-Trump, a person familiar with the matter said Saturday. The agent had also worked on the investigation of Hillary Clinton's use of a private email server.

The person was not authorized to speak about it by name and spoke on condition of anonymity.