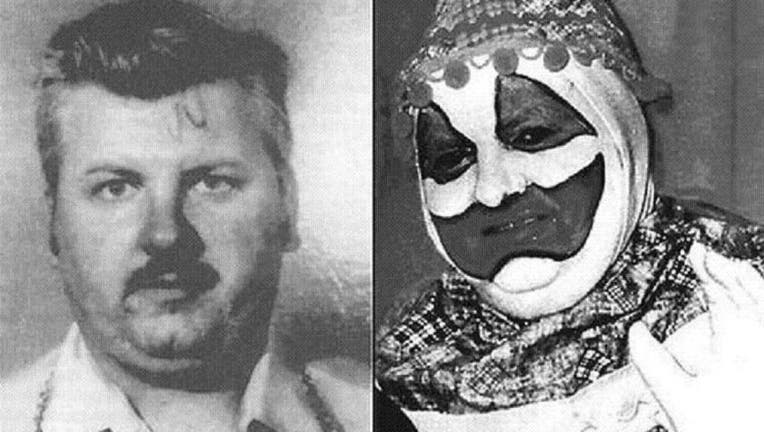 EXCLUSIVE: Rafael Tovar believes John Wayne Gacy is responsible for killing more victims than the 33 we know of today.

One of the most notorious serial killers in America is the subject of a new true-crime docuseries on streaming platform Peacock titled "John Wayne Gacy: Devil in Disguise." The show follows how the Chicago native was able to manipulate and lure young men and boys before brutally murdering them.

The documentary features rare sit-downs with investigators, family members, as well as one of his closest confidantes and his second ex-wife. In addition, it includes a 3.5-hour rare prison interview with Gacy himself before his 1994 execution at age 52.

Tovar, a former Des Plaines Police detective, participated in the special. He was deeply involved with the investigation and spent days dismantling Gacy’s house, exhuming the remains from the crawl space. Tovar recalled a conversation he had with Gacy as the two headed to Cook County Jail.

"That stunned me a little bit," Tovar continued. "But I kept my cool. I then said, ‘Well John, where are they? Let’s recover them.’ And he said, ‘No, I’m not going to tell you guys. That’s for you to find out. You guys are the detectives.' He would play this little game with you. But I know that there are probably more bodies out there because he was very factual before."

Jimmy Haakenson was among dozens found in the crawl space of Gacy’s Chicago-area home in 1978. In 2017, the Cook County Sheriff’s Department announced that the 16-year-old’s remains were identified thanks to DNA technology that wasn’t available then.

The teen was the second person that authorities have identified since Sheriff Tom Dart in 2011 ordered the remains of eight unidentified victims exhumed. He asked families of young men who went missing in the ‘70s to provide DNA samples. The first was William Bundy, a 19-year-old construction worker from Chicago whose remains were identified weeks after the exhumations.

Many of Gacy’s victims were buried under his home. But others were dumped in a river.

"I think the only thing we can probably do now is identify the six remaining victims," Tovar admitted. "In the last couple of years, two of them have been identified. I don’t know how you would tie it up to Gacy if more remains are found unless it somehow had his DNA. My sad opinion is that we probably will never know."

Gacy is remembered as one of history’s most bizarre killers, primarily because of his work as a local amateur clown. The Chicago-area building contractor coaxed young men and boys to his home by promising them construction work or sex. There, many of his victims were handcuffed and repeatedly raped. Most were strangled after Gacy tricked them into allowing him to slip a rope around their necks.

Because Gacy killed so many people, his crawl space filled up, prompting him to stack the bodies.

"I think he liked the power to kill people, the power of death," said Tovar. "It made him feel like a god. And I think that just got to him. And he was smart. He got away for a long time. I would act starstruck like, ‘John, tell me about this guy.’ And it worked. He loved to talk. It made him feel powerful."

The slayings spanned more than five years throughout the ‘70s. However, Gacy wasn’t arrested until he came under suspicion in the death of Robert Piest, a 15-year-old to whom Gacy had offered a $5-an-hour construction job. Police executed a search warrant at Gacy’s house and his first victim was found in the crawl space. In 1980, he was convicted of killing 33 and sentenced to death.

"Obviously the guy was a person who had no moral compass," he said. "I mean, killing someone for him was like how you would shoo a fly off of your food. It wasn’t something that affected him. When it came time to dig up the basement, I think he was more concerned about us messing up his carpets."

According to Tovar, there are "several factors" as to why it took as long as it did for Gacy to finally get caught.

"One, in that era, the early ‘70s, the gay population didn’t have the respect that they do now," he said. "So if someone from the gay [community] was killed, there wasn’t this overwhelming yelling to try to get this case solved."

"Also, he picked a lot of street guys and runaways that nobody was going to miss," Tovar continued. "So he ran under the radar. His mistake was that he picked a kid like Robert Piest, an all-American boy who was on his way to becoming an Eagle Scout.

"So his disappearance immediately drew attention. And his parents pushed the police to do something about it at the time too. I mean, a lot of police agents didn’t bother with a missing persons report for at least 24 hours because most kids would come back the next day."

According to Tovar, investigators initially focused on Piest’s disappearance. It wouldn’t be until the second search warrant when they started to find the bodies.

"There wasn’t a lot of expectation," he said. "So you were taken aback by it. And every day we were there, we dug up more bodies."

"I don’t put much stock in that," he said. "For Gacy, it wouldn’t have been difficult to lure a young man to his house for a drink or a little pot. He would tell them, ‘Let me show you a magic trick.’ He would handcuff himself and then quickly free himself. He would offer to show them how he did the trick. Now they become incapacitated. As they struggled to break free, he would tell them, ‘The trick is, you have to have the key.’ And then he would easily throw a rope around their necks and kill them."

Gacy was executed by lethal injection at Stateville Correctional Center. Today, Tovar hopes the documentary will show people how important it is to keep aware of one’s surroundings.

"John blended in," he said. "People would have probably said, ‘That’s the guy who has these parties every summer.’ People don’t pay attention to those kinds of things as closely as they should. People continue to ask me how rare are serial killers. Well, in my time, there were actually two serial killers… So you never know where they are."