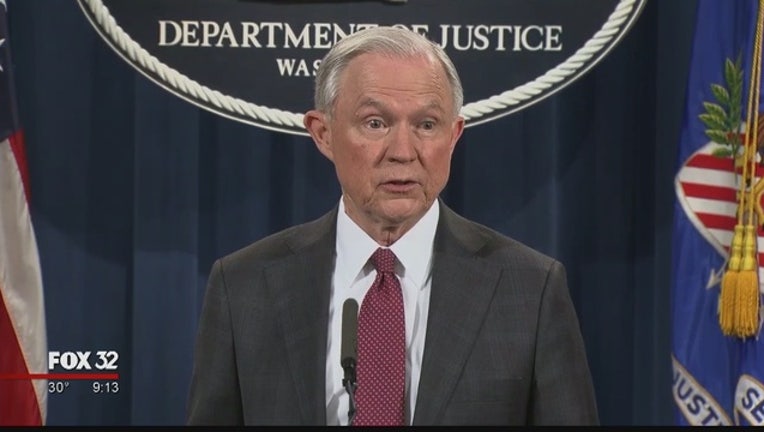 In the Trump administration's most pointed warning yet, Sessions said federal law allows withholding of federal funding to sanctuary cities, and signaled that such measures will soon be taken. Sessions, who took the podium at White House Press Secretary Sean Spicer's regular media briefing,

"Such policies cannot continue," he said. "They make our nation less safe by putting dangerous criminals back on the street."

While not a technical term, "sanctuary cities" are communities that have refuse to work with Immigration and Customs Enforcement officials after detaining illegal immigrants. By federal law, they are required to inform the feds when they have an illegal immigrant in custody, even if he or she has not been convicted of a crime.

Several big cities, including New York, Chicago and Los Angeles, as well as dozens and possibly hundreds of smaller counties, cities and towns, also refuse to notify ICE, which can then come and take custody of the illegal immigrant, possibly for deportation.