A cannabis confections company said it has created a cannabis-infused turkey gravy to take Thanksgiving dinner to a higher level.

LOS ANGELES - Seth Rogen, an actor, filmmaker, comedian and proud marijuana enthusiast, is bringing his cannabis and lifestyle brand, Houseplant, to the United States — though strains of his company’s marijuana won’t immediately be available everywhere.

Houseplant was co-founded by Rogen and his long-time creative partner Evan Goldberg. It first launched in 2019 in Canada under the global cannabis and hemp company Canopy Growth with three different strains to offer products like pre-rolled joints, dried flower cannabis and softgel capsules.

On Monday, Rogen announced the U.S. launch of his design-led company beginning March 11, which will also include home goods "for people who smoke weed," saying the venture had been a decade in the making. 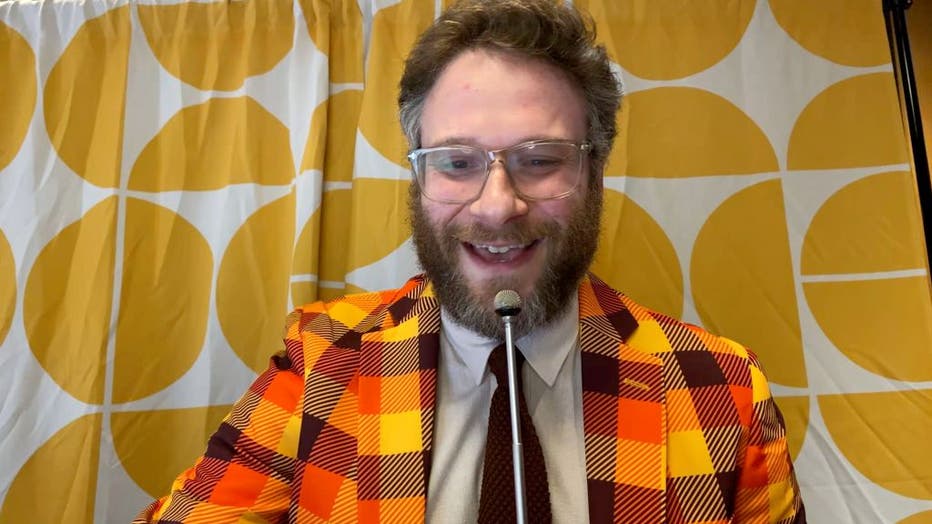 FILE - In this screengrab, Seth Rogen speaks during Hilarity For Charity's Head To Head Virtual Game Night, hosted by Seth Rogen, presented by Biogen, on Oct. 21, 2020. (Photo by Getty Images/Getty Images for Hilarity for Charity)

"Almost ten years I go, I envisioned having my own weed company. And today I can say that my company Houseplant's weed will be available in California next week," Rogen wrote on Twitter.

Houseplant will launch with three flower strains, including two sativas and one indica, that went through an "extensive process" of being personally tested by Rogen and Goldberg. The two sativas, called Diablo Wind and Pancake Ice, and one indica, named Pink Moon, are all named after weather phenomena — similar to weed in the pair’s 2008 comedy "Pineapple Express."

The company’s cannabis strains will initially only be available in California via its website and will roll out to select dispensaries across the state later this spring, the company said.

The brand also sells home goods, including a table lighter with a lid that serves as an ashtray and a vinyl box set with a different mix of songs for each strain. Unlike cannabis, the company’s home goods will be available for shipping nationwide with new products released every few weeks, the company said.

"Houseplant was born out of our love and passion for cannabis, design and art," Rogen said in a statement also announcing the U.S. launch. "Evan and I also recognize that our lifelong dream of starting a cannabis lifestyle brand like Houseplant comes with a commitment to changing the unjust and racist cannabis laws that still exist in today’s society. We understand our responsibility to help right those wrongs and are dedicated to creating a more diverse, equitable cannabis industry."

Michael Mohr, another co-founder and CEO of Houseplant, said bringing the company to the U.S. had been a "long time coming." To date, 15 states have now broadly legalized marijuana, while 36 states allow medical marijuana. Despite a trend of more Americans embracing its legalization, possession of marijuana remains a federal crime.

"We’ve taken a disciplined approach to set ourselves up for long-term success," said Mohr. "We have spent years obsessing about the underserved cannabis consumer, researching and ideating what the holistic Houseplant experience should look like."

Rogen, who began as a stand-up comedian in Vancouver, has co-written several successful films with Goldberg including "Superbad," "Pineapple Express," and "This Is the End," many of which he starred. Rogen is also set to release his first book, a collection of essays titled "Yearbook," on May 11.