“To see him come through this, it’s amazing. But on the other hand, that’s who he is. I’m actually not surprised,” said Joe Piemonte, Betts’ great-nephew.

Fighting tough battles is par for the course for Betts, who flew 51 bombing missions during World War II. He served as a waist-gunner in a B-17, flying raids to cut off crucial Nazi supply lines.

“Coming out of that exemplifies beating COVID today. He’s just a winner; he beats the odds,” Piemonte said.

The family tells FOX 13 he came down with COVID 19 at the assisted living facility where he resides and takes care of his 78-year-old niece, who has Alzheimer’s and also tested positive for coronavirus.  She, too, is said to be doing much better. 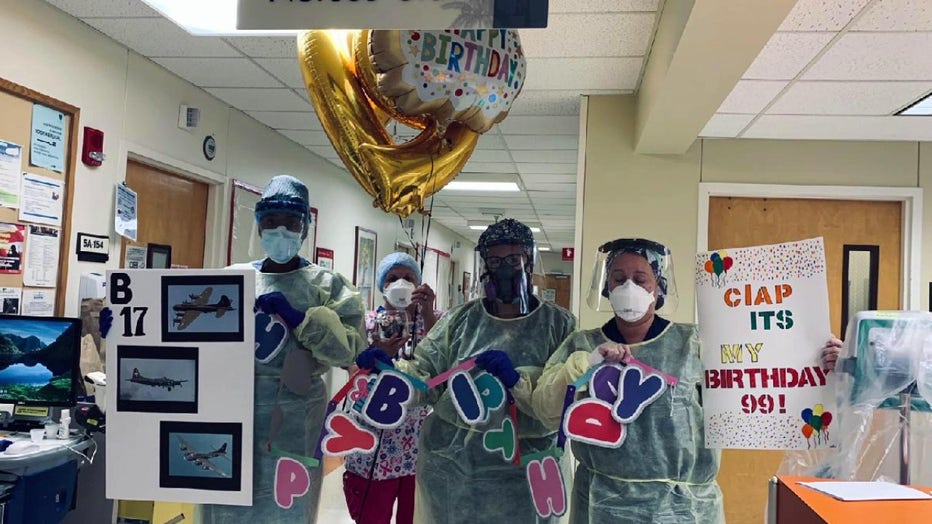 “He's been through so much in his life, just service to his country service to his family. Here is a 99-year-old, sharp as a tack,” Joe Piemonte continued.

Sharp, strong and stopped the virus in its tracks, now that’s something to celebrate.

“If anybody can beat this at 99, it will be him,” Theresa Piemonte said.

Both Betts and his niece are expected to be released back home later this week.