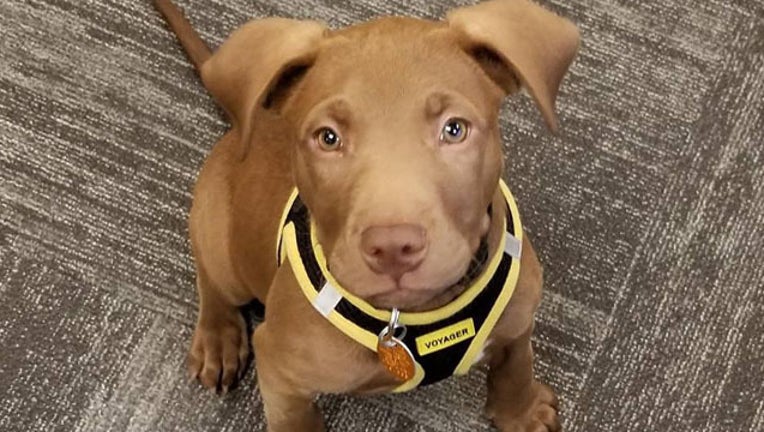 "The Borger Regional Communications Center would like to introduce their newest member to the team; Sergeant Squelch Badge Number 911." City of Borger on Facebook

A shelter puppy recently adopted in Texas has a new job working as a sergeant at the Borger Regional Communications Center, city officials announced this week. The puppy, named Squelch, was rescued from the City of Borger Animal Shelter and is now receiving “24/7 around the clock love and care” from dispatchers, the city said in a statement posted to Facebook.

The pup, more specifically known as Sergeant Squelch with badge number 911, “will soon be making his debut with Dispatchers as they conduct school programs and community events,” the city added.

The city, which did not specify Squelch’s breed, added the 3-month-old pup was adopted after officials with the Borger Regional Dispatch Center inquired “about allowing a dog to be a permanent member of the team,” city officials said in the post.

“We thought it was a great idea! While Sergeant Squelch is not an official service animal, Administration strongly believes he will be extremely beneficial after times of extreme stress in the day to day duties of of Dispatch." Read  more on FOX NEWS.