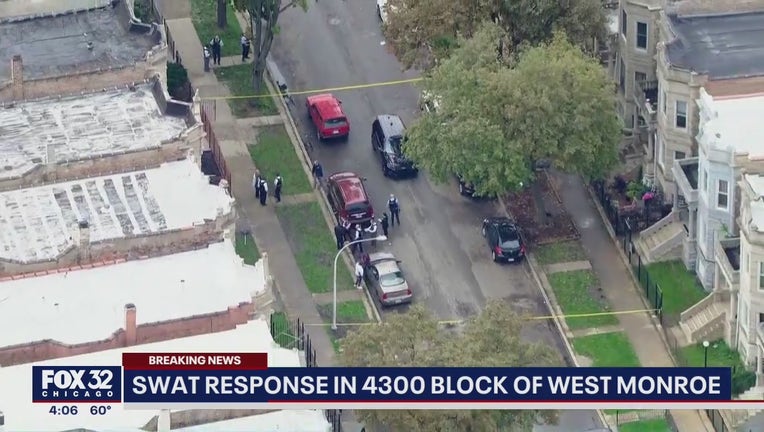 The incident occurred in the 4300 block of West Monroe.

At about 1:48 p.m., officers were conducting an investigation on the street when two male offenders fled and officers gave chase into a nearby residence.

One offender produced a firearm and fired shots at the officers, police said.

No officers were injured.

A weapon was recovered on scene, CPD said.

No one is in custody, and no other injuries have been reported.