In southwest suburban New Lenox, a sinkhole in the middle of a road is growing.

NEW LENOX - In southwest suburban New Lenox, a sinkhole in the middle of a road is growing.

Neighbors say the problem is getting worse by the hour after it started out as a small pothole over the weekend. It is now a 5-foot-wide sinkhole that has stretched all the way across Gouger Road, and it may be a couple weeks before the road's back open again.

The sinkhole began growing after parts of New Lenox saw more than five inches of rain this past weekend.

“It was just too much water with the condition of the culvert it was in already,” said Jeff Ronaldson of the Will County Department of Transportation.

That six-foot-diameter culvert runs underneath Gouger Road, just south of I-80, and was about to be replaced. 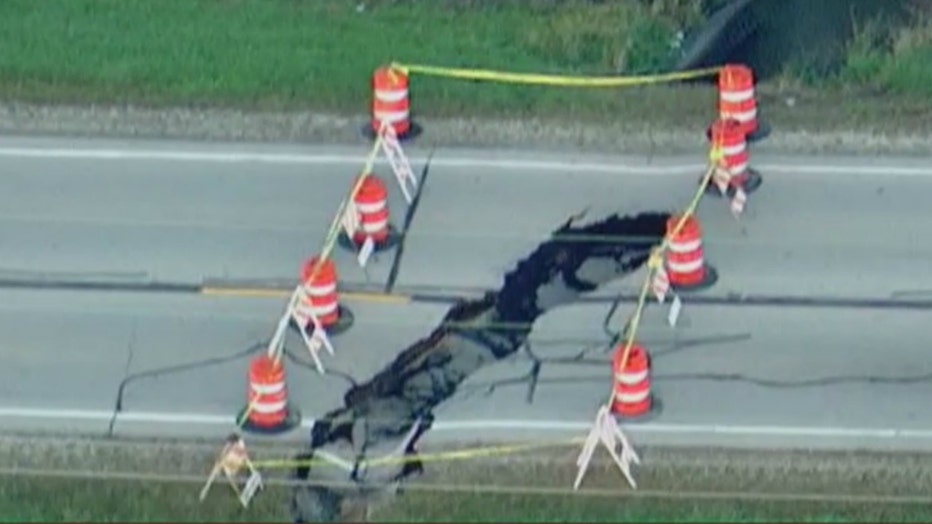 “We noticed that it had some rust on the bottom. We knew it had to be replaced. It was actually under contract, oddly enough. We approved the contract two weeks ago. Weather just beat us to it,” Ronaldson said.

“I just thought Laraway might be flooded coming up so I said, ‘well I'll be smart and take 30 coming up this way. It's gotta be open!’ Welp, found out otherwise!” he said.

Unfortunately, there is no quick fix. The Will County Transportation Department said it may take up to two weeks to replace the culvert and patch the roadway.