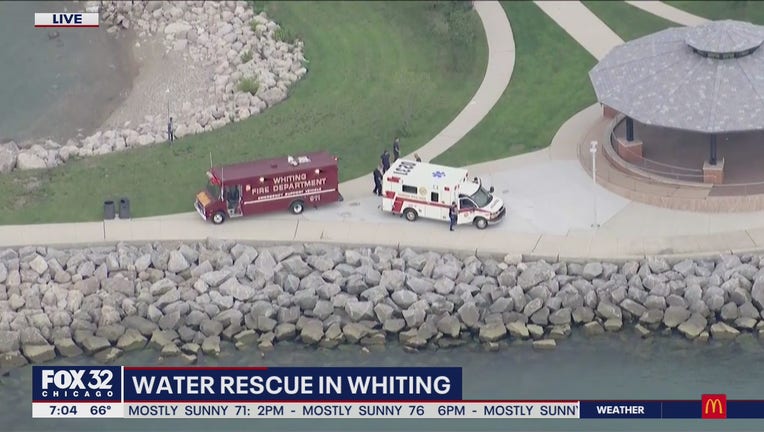 WHITING, Ind. - A teenage skateboarder was rescued from Lake Michigan early Thursday after he fell from a pier in northwest Indiana while doing a trick.

Four teens were skating on the pier of Whiting Lakefront Park, waiting to see the sunrise, when one of them lodged his board in a grate and fell over a railing, Whiting Fire Department Chief Gus Danielides said.

“He may have had too much speed,” Danielides said.

The 17-year-old clutched onto one of the pier’s pilings, about 300 feet from the shore.

Firefighters arrived about 6 a.m. and strapped the teen to a rescue board, pulling him by a rope to shore, Danielides said.

The uninjured teen was assessed in an ambulance and sent home with his parents, he said.

“All the credit goes to my guys,” Danielides said. “We even dropped a ladder. What helped us out was that he was on the piling.”

The rescue happened “pretty quick” and “alleviated the stress of his friends,” he said.

The Whiting Fire Department typically responds to one or two water rescues a year, Danielides said.

In 2013, Blue Island alderman Michael Janko drowned while swimming at Whihala Beach, adjacent to the pier.

At least 27 people have downed in Lake Michigan so far in 2020, according to the Great Lake Surf Project, which tracks drownings.