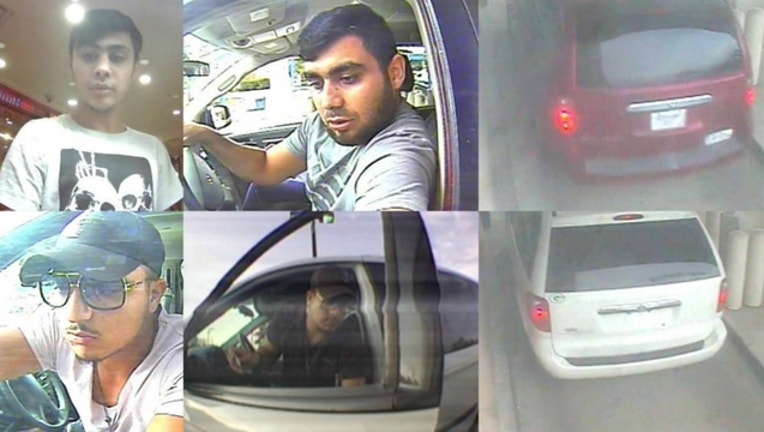 Surveillance images of the people and vehicles involved with skimming devices attached to ATMs in Joliet. | Joliet police

The devices were used at banks on West Jefferson Street and on Mall Loop Drive, according to a statement issued Wednesday by Joliet police. Authorities released surveillance images showing several people and vehicles believed to be involved with the skimmers.

One of the vehicles was described as a white Chrysler Town and Country with a temporary license plate of 340516C, possibly out of Texas, police said.