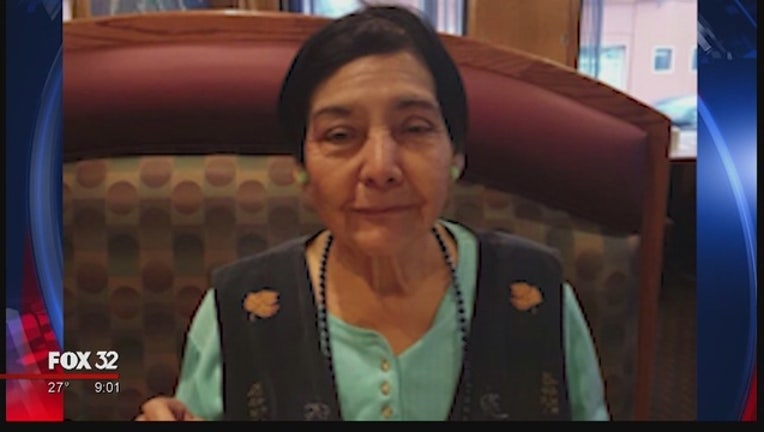 SUN-TIMES MEDIA WIRE - A man is suing Amazon.com after his 84-year-old mother was fatally struck by one of its delivery trucks two weeks ago in the Southwest Side Little Village neighborhood.

Valdimar C. Gray, the 29-year-old man who was at the wheel of the Nissan cargo truck that hit Telesfora A. Escamilla about 3:30 p.m. Dec. 22 in the 2800 block of South Drake, is also named as a defendant in the lawsuit filed by Jesse Escamilla Wednesday in Cook County Circuit Court.

Gray was going west on 28th Street when he made a left turn onto Drake and hit the elderly woman in a crosswalk, according to Chicago Police and the Cook County medical examiner’s office.

Escamilla was taken to Mount Sinai Hospital, where she died within the hour, authorities said. She lived in the 2800 block of South Trumbull.

Gray was charged with a misdemeanor count of driving an uninsured vehicle, and ticketed for failure to obey a stop sign, failure to yield to a pedestrian in an intersection and failure to carry a driver’s license, police said.

He had been making deliveries for Amazon as an employee of Inpax Shipping Solutions, which is listed as another defendant in the wrongful death suit.

“Our thoughts and deepest sympathies are with her family and loved ones during this difficult time,” Amazon spokesman Ernesto Apreza said in an email. “Any accident that occurs is one too many and we will continue to work with police and the delivery service provider as they investigate.”

An Inpax representative could not immediately be reached for comment.

Escamilla is survived by four adult daughters and two adult sons, according to the suit, which is seeking more than $50,000 in damages.

Gray, of the 3400 block of West Chicago, is scheduled to appear in traffic court on Feb. 7.