CHICAGO - British avant-garde pop artist and producer Sophie died early Saturday after suffering a tragic fall in Athens. She was 34.

The musician's music labels announced that she died as the result of a "terrible accident." The Grammy-nominated artist, born in Glasgow, had been living in the Greek capital.

"Tragically our beautiful Sophie passed away this morning after a terrible accident. True to her spirituality she had climbed up to watch the full moon and accidentally slipped and fell. She will always be here with us. The family thank everyone for their love and support and request privacy at this devastating time," Transgressive & Future Classic wrote in a statement shared to Twitter. 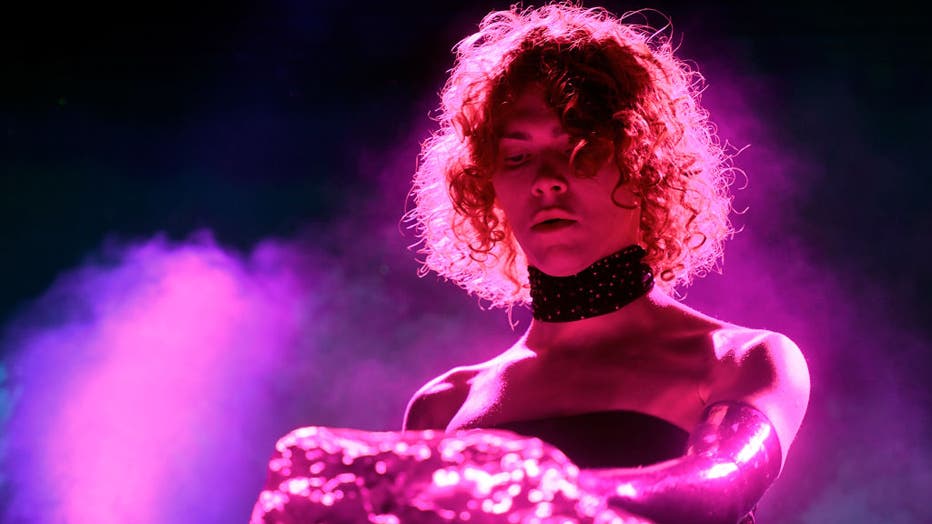 A management team for the experimental artist, a transgender icon, also mourned her death in a statement shared with People magazine.

"It is with profound sadness that I have to inform you that musician and producer SOPHIE passed away this morning around 4am in Athens, where the artist had been living, following a sudden accident," her management said, further requesting to "treat the private nature of this news with sensitivity."

"SOPHIE was a pioneer of a new sound, one of the most influential artists in the last decade. Not only for ingenious production and creativity but also for the message and visibility that was achieved. An icon of liberation," the statement concluded.

Celebrities around the world took to their social media accounts on Saturday to mourn SOPHIE's death.

Singer FKA Twigs called SOPHIE "a star of our generation."

"The world has lost an angel. A true visionary and icon of our generation. Your light will continue to inspire so many for generations to come. Thinking of Sophie’s family and friends at this hard time," Smith tweeted.

"#RestInPower SOPHIE! You were one of the most innovative, dynamic, and warm persons I had the pleasure of workign with at 2019 @southbankcentre," Nile Rodgers wrote.

"Sophie is incredible. Her music is the soundtrack to some of my fondest moments and her impact on the world is apparent," RuPaul's Drag Race Season 10 winner Aquaria wrote. "Sophie's immense talent, influence, and existence will never be forgotten. Thank you for everything."

"I’m heartbroken. Thank you Sophie Rest In Power! You will always be remembered as a true game changer, powerful presence and an incredibly original producer ! Your music and production brought me so much joy!" Peaches wrote on Twitter.

Benny Blanco also tweeted: "if you make contemporary music u have been inspired by sophie whether u know it or not!!! she was one of the greatest producers of all time... before we worked i would always hear from friends that she made all her music on a little box with knobs..."

According to Paper magazine, SOPHIE, who was transgender, was known for her early hits "HARD" and "LEMONADE" from a 2015 EP titled "PRODUCT." At the time, little was known about the talented artist as she had yet to reveal her face, name, or gender.

The single "It's Okay to Cry" was "profound," the magazine notes, as it introduced SOPHIE to the public "for the first time ever as a trans pop star singing intimately about embracing her emotions and flaws."

Her debut album "Oil of Every Pearl's Un-Insides" was released in 2018. She had also collaborated with other major artists, such as Madonna -- she co-wrote the Queen of Pop's 'B---h I'm Madonna" -- Charlie XCX and Kim Petras, among others.

Speaking to Paper in 2018, the artist discussed what it meant to be trans.

"For me, transness is taking control to bring your body more in line with your soul and spirit so the two aren't fighting against each other and struggling to survive. On this earth, it's that you can get closer to how you feel your true essence is without the societal pressures of having to fulfill certain traditional roles based on gender. It means you're not a mother or a father — you're an individual who's looking at the world and feeling the world. And it's somehow more human and universal, I feel."