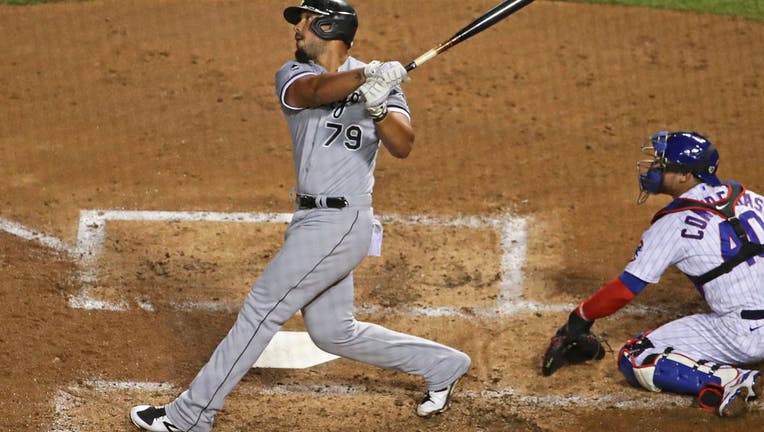 CHICAGO - The Chicago White Sox belted six more home runs in another lopsided win, and Dallas Keuchel sure was impressed.

The White Sox (16-11) shredded Jon Lester and matched a season high with their sixth straight win. They moved five games above .500 for the first time since they were 27-22 in 2016 with an emphatic victory over the NL Central leaders.

“Super impressed,” Keuchel said. “I think we just kind of rolled in — how we’re hitting, how comfortable we were. It just kind of continued. Nothing really surprises me anymore with this team. You can’t say enough about some of these guys. They’re working hard and making adjustments in the game. It’s shown.”

Abreu hit a three-run drive in the third inning and a solo shot in the ninth, giving the White Sox 22 homers in the past six games. They have outscored their opponents 48-12 in that span.

Eloy Jiménez made it 9-0 with a solo homer in the seventh against the team that signed him out of the Dominican Republic in 2013, and the White Sox stayed on a roll against one of the majors’ best teams after sweeping four games from the struggling Detroit Tigers.

Keuchel (4-2) held the Cubs to one run and six hits in eight innings — his longest outing since 2018 with Houston.

Nico Hoerner broke up the shutout with an RBI single in the eighth.

Lester (2-1) gave up nine hits in 3 2/3 innings. The eight runs were the most against him since he allowed eight in a loss to Milwaukee last September. The five-time All-Star has been tagged for 13 in his past two outings, sending his ERA soaring from 1.06 to 5.06.

“I feel like he really didn’t establish much tonight,” Cubs manager David Ross said. “He’s usually a guy that comes out and establishes half of the plate. It looked like he was feeling for a lot of different pitches tonight. There wasn’t a whole lot he established, and maybe just a little flat out of the stretch.”

Cubs: Ross wasn’t sure if 3B Kris Bryant (left wrist) would play Saturday after missing his fourth game in a row. “We’ll have to check with him tomorrow and see,” Ross said. President of baseball operations Theo Epstein said he doesn’t think Bryant’s ailing left wrist will be “a long-term injury — probably not even a long-term, lingering injury.” Bryant was out of the lineup for the fourth straight game. The 2016 NL MVP was hitting .177 with two homers. ... LHP José Quintana (thumb surgery) threw 28 pitches in a simulated game plus 15 warmups. Ross said the Cubs will see how Quintana feels Saturday before deciding on the next step. ... RHP Tyler Chatwood (strained back) is scheduled to throw a bullpen Saturday.

The teams continue their weekend series, with White Sox RHP Reynaldo López (0-1) returning from a sore shoulder and RHP Kyle Hendricks (3-2, 3.31 ERA) pitching for the Cubs. López’s lone appearance this season was a short start July 26 against Minnesota.