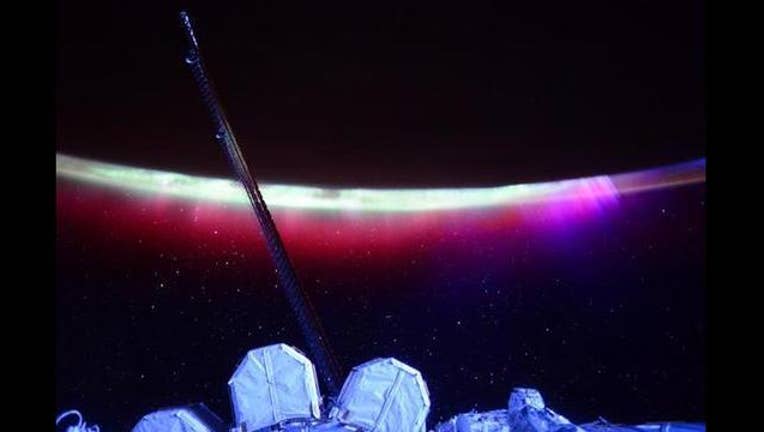 NASA has released a stunning image of an aurora natural light display taken by one-year astronaut Scott Kelly from the International Space Station.

“The dancing lights of the aurora provide spectacular views, but also capture the imagination of scientists who study incoming energy and particles from the sun,” explained NASA, in a statement on its website. “Aurora are one effect of such energetic particles, which can speed out from the sun both in a steady stream called the solar wind and due to giant eruptions known as coronal mass ejections or CMEs.”

NASA explained that, after a trip toward Earth that can last two to three days, the solar particles and magnetic fields cause the release of particles already trapped near Earth, which in turn trigger reactions in the upper atmosphere in which oxygen and nitrogen molecules release photons of light. The end results of these reactions are the Northern and Southern lights.

The image was taken on August 15 by one-year astronaut Scott Kelly. “#Aurora trailing a colorful veil over Earth this morning. Good morning from @space_station! #YearInSpace,” he tweeted.