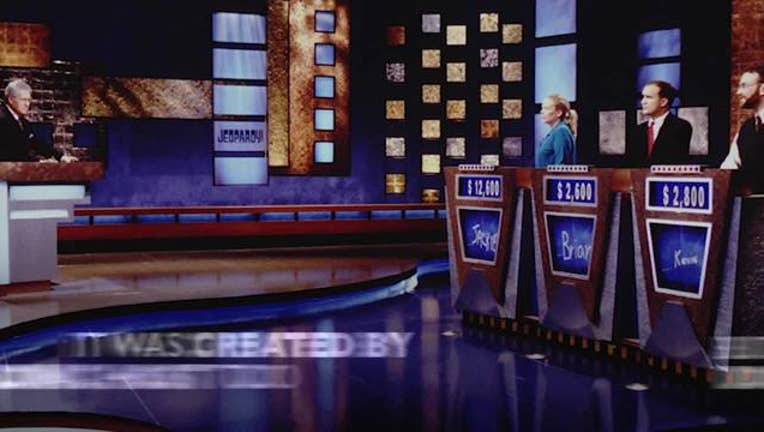 For everyone else, know this: James Holzhauer isn't invincible after all.

The game show's 32-time champion lost for the first time in an episode that airs Monday, falling short of records for total winnings and longest reign, but still making an argument that he's the best to ever play television's most popular game.

In a video of the moment that circulated online, the professional sports gambler from Las Vegas is shown high-fiving the woman who beat him, Chicago librarian Emma Boettcher.

The streak made Holzhauer a household name and sent ratings soaring, at a time "Jeopardy!" needed a pick-me-up amid host Alex Trebek's announcement that he had cancer.

Holzhauer nearly doubled the show's previous record for one-day winnings by earning $131,127 on his tenth game, and he leaves with the 16 highest one-day scores in the show's history.

He combined a savant-like knowledge of the world with a mastery of the buzzer, allowing him to beat opponents to the punch, and adding a gambler's cold-blooded instinct to make big bets. Often in the show's first round, he'd quickly pile up as much money as he could, and then bet it all if he landed on a Daily Double that allows him to choose how much money to risk.

"I really felt like I had been playing with house money, so I wasn't too upset to see my run end," Holzhauer said in an email interview. He said he ran into "a terrific opponent playing flawlessly."

Holzhauer had won $2,462,216 through Friday's episode, leaving him a little more than $58,000 shy of the record for earnings set by Ken Jennings in 2004. Holzhauer didn't get halfway to Jennings' 74-game win streak.

Word that Monday's episode might turn out to be special for "Jeopardy!" fans spread quickly with the video that appeared to show the final minute of the show.