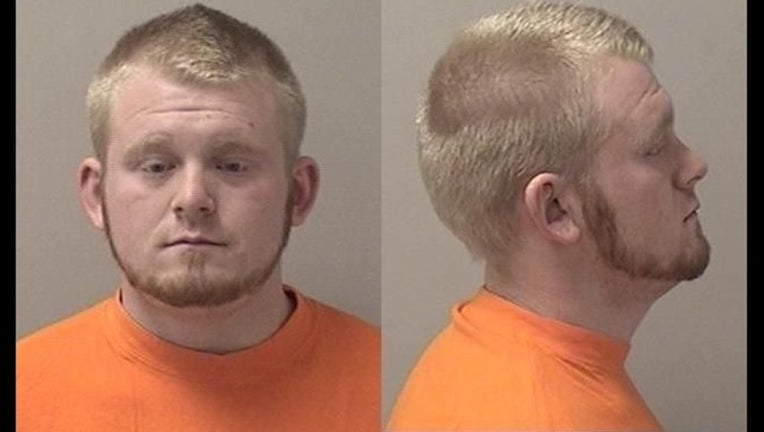 ST. CHARLES (STMW) - A west suburban man has been sentenced to 11 years in prison for driving under the influence of heroin and causing a fatal crash over the Thanksgiving holiday last year.

Joshua E. Spudich, 24, pleaded guilty Wednesday to one count of aggravated DUI (heroin) causing death in exchange for a sentence of 11 years, according to the Kane County state’s attorney’s office.

Spudich was driving a 2003 Hyundai Sante Fe southbound on North Second Street near Timbers Train in St. Charles about 2 p.m. Nov. 28, 2014, when he crossed the center line and crashed into a northbound 2004 Toyota Corolla driven by 65-year-old Susan Gorecki, a statement from prosecutors said.

Gorecki, of St. Charles, was taken to a hospital where she died of injuries from the crash, authorities said.

Spudich told police he had taken heroin at a friend’s house shortly before the crash, and an analysis of a urine sample taken shortly after the crash revealed heroin, marijuana, cocaine, Valium and Xanax, prosecutors said.

At the time of the crash, Spudich’s license was revoked, prosecutors said. He had previous convictions for battery, DUI and theft.

Spudich must serve 85 percent of his sentence, but was given credit for at least 306 days served in the Kane County Jail, where he has been held since his arrest.

“As most people were celebrating the long Thanksgiving weekend with loved ones, Mr. Spudich chose to observe the holiday with a cocktail of dangerous narcotics,” State’s Attorney Joe McMahon said in the statement.

“His selfish decision to take heroin, cocaine and other illegal drugs, and then drive–criminal acts by themselves–had violent and deadly results. He caused immense pain to many, taking the life of a wife, mother, grandmother and sister, robbing multiple generations of her wisdom and love at a time when they were preparing for the Christmas season,” McMahon said.