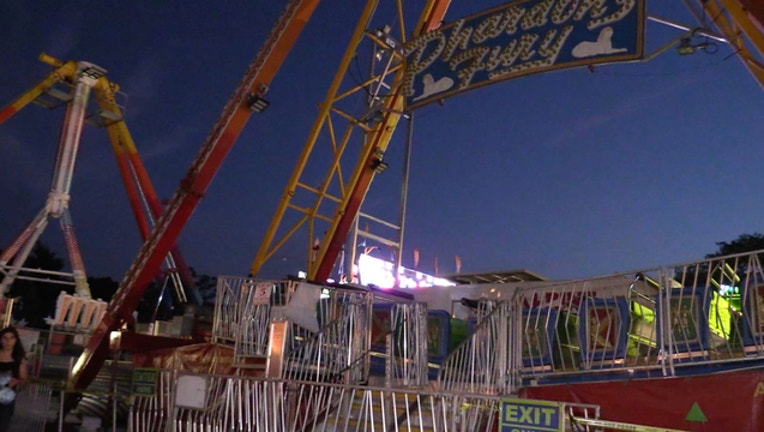 The rides have been taken out of service.

The Illinois Department of Labor became involved after a 6-year-old boy suffered an injury at a church festival in Midlothian on Thursday and after a woman fell off a ride at a carnival in Plainfield. Both suffered non-life threatening injuries.

In Midlothian, two coasters that didn't have any passengers aboard them collided. Falling debris injured the boy, who was hospitalized. In Plainfield, a woman fell off a coaster when it came off the track.

State officials say both rides had previously received permits to operate for the year and were last inspected in May.