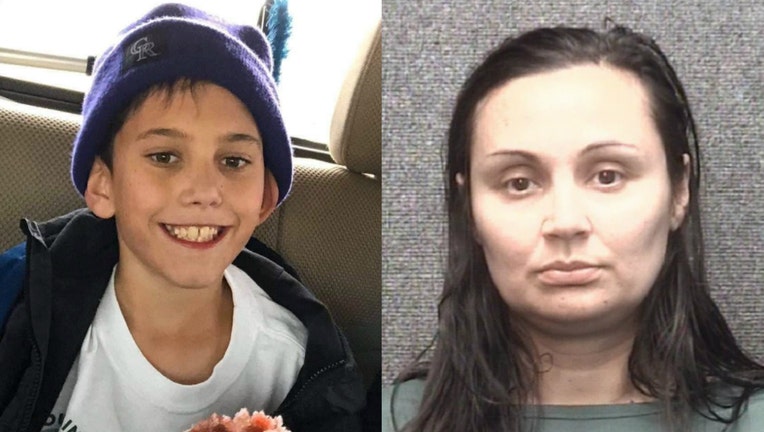 The stepmother of a missing 11-year-old Colorado boy was charged with his murder Monday and authorities are now looking for the boy's body.

Deputies began looking for Gannon Stauch five weeks ago when he was reported missing from his home in Colorado Springs. His stepmother, Letecia Stauch told deputies he ran away from home Jan. 27. Authorities say she was the last person who saw him.

Letecia Stauch was arrested Monday in Myrtle Beach, S.C. on charges of first-degree murder, child abuse resulting in death, tampering with a body and tampering with physical evidence, authorities said.

“All the evidence points to Gannon’s disappearance being the result of foul play,” FBI agent Dean Phillips told reporters at a news conference to announce the arrest that was aired on Fox 21 Colorado Springs. Reporters weren't told what led to Letecia's arrest.

“This is the worst news and the best news,” Gannon’s biological mother Landra Hiott told the news conference.

“It’s the best news because justice will be served,” she said through tears, adding that Stauch “will pay 100 percent for the heinous thing that she did.”

Shortly after Gannon disappeared, Colorado Springs station KKTV aired an interview with Stauch in which she accused detectives who questioned her about Gannon’s disappearance of violating her constitutional rights.

She said the detectives were twisting what she told them and making her feel uncomfortable.

“So I immediately stopped and felt like an attorney would help me with some of the vocabulary and things like that that I needed help with and understanding some of the things they were asking,” she said.

Stauch also accused the detectives of handcuffing her teenage daughter at gunpoint after a traffic stop.