From the expressways to local roads to basements, residents of the Chicago area were facing massive flooding problems Sunday night.

CHICAGO - A seemingly endless storm led to flooding, closed roads and reports of at least two brief tornado touchdowns in the Chicago area on Sunday. A flash flood warning was in effect Sunday night.

Widespread flooding was an issue across Chicago and the suburbs on Sunday. This video was taken in Naperville.

Late Sunday evening, Illinois State Police said that I-290 eastbound at Des Plaines Avenue was closed. The westbound lanes were also flooded but traffic was getting by on the shoulder. The Edens was also closed Sunday night north and southbound at Pratt due to flooding.

The two tornado touchdowns were reported at 3:10 p.m. in Millington, LaSalle County, and at 5:26 p.m.  west of I-55, in Coal City, Will County. No damage or injuries were reported. 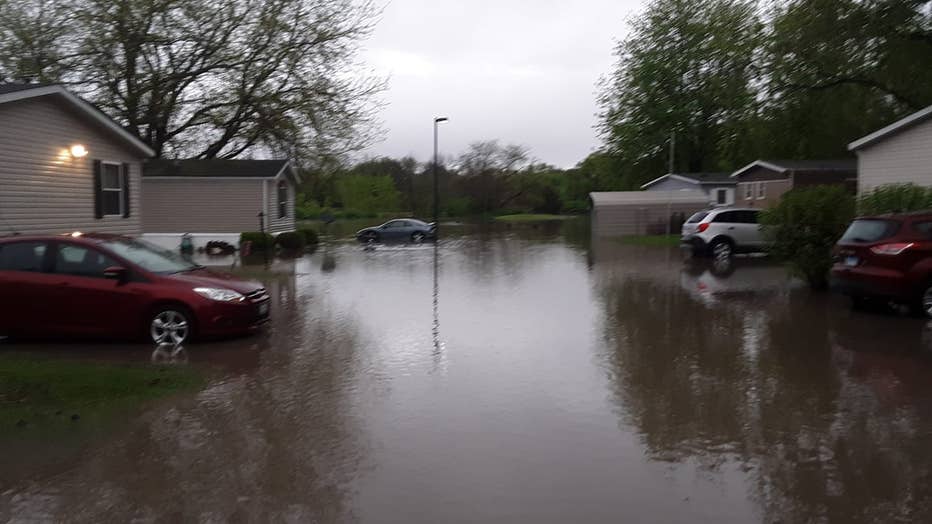 As of late Sunday afternoon, there was 7.69” rain at O’Hare Airport reported this month, making this Chicago's third wettest May on record. 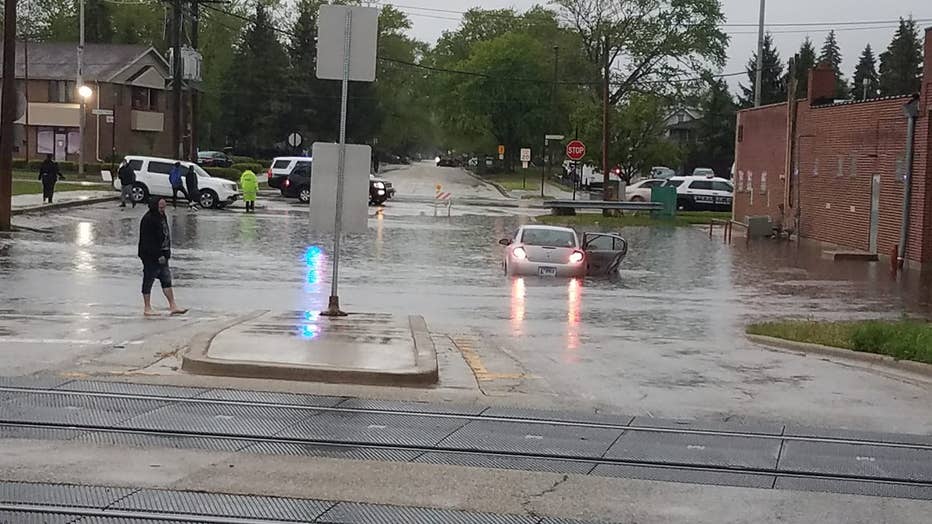 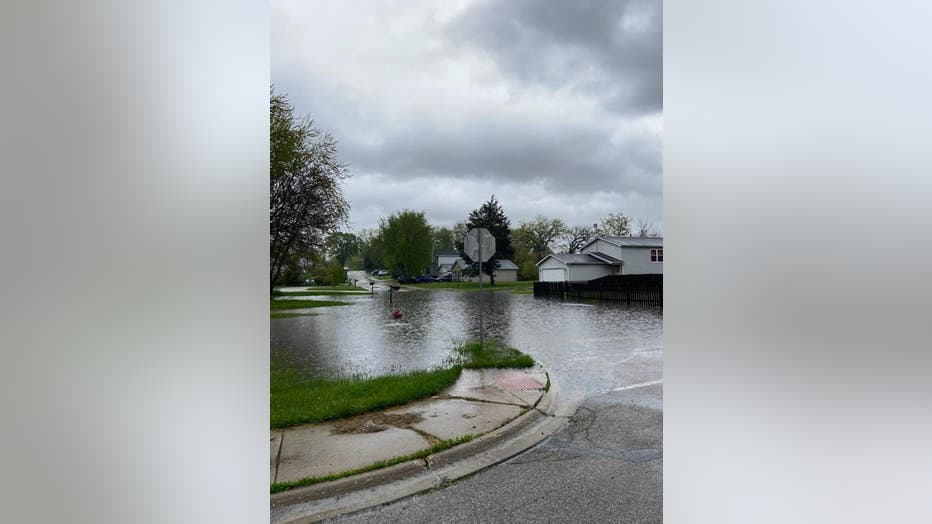 Flooding in Round Lake Beach taken by Jaycee Ochoa

Flooding was reported in Chicago and the suburbs at the following locations on Sunday:

In Naperville, a driver got stuck near 87th Street and Modaff Road tonight. Fire crews had to make the rescue. And Naperville's River Walk spilled over.

Widespread flooding was an issue across Chicago and the suburbs on Sunday. This video was taken in Naperville by Fox 32 News producer Gretchen Andsager.

“I mean I’m worried about the support system, like in the bridges and then also the streets that cross it,” said David Chocola.

“Well it’s pretty amazing, all this water moving through like this, just a massive amount of water,” said Jane Dobes.

Along the DuPage River Trail, joggers found the water too deep for gymshoes.

The flooding in Lemont was so bad, someone had to put a log on top of this manhole to keep it from floating away. Video courtesy Fox 32 News producer Jim Selle.

“No we didn’t walk through it. I thought it might be a good idea, but I don’t have any rain boots so I’m kind of out of luck,” said Matt Burghgraef.

Police reminded the public that trying to drive through any flooded area is a dangerous proposition, since you cannot tell how deep the water is, and how strong the current might be, until it is too late. 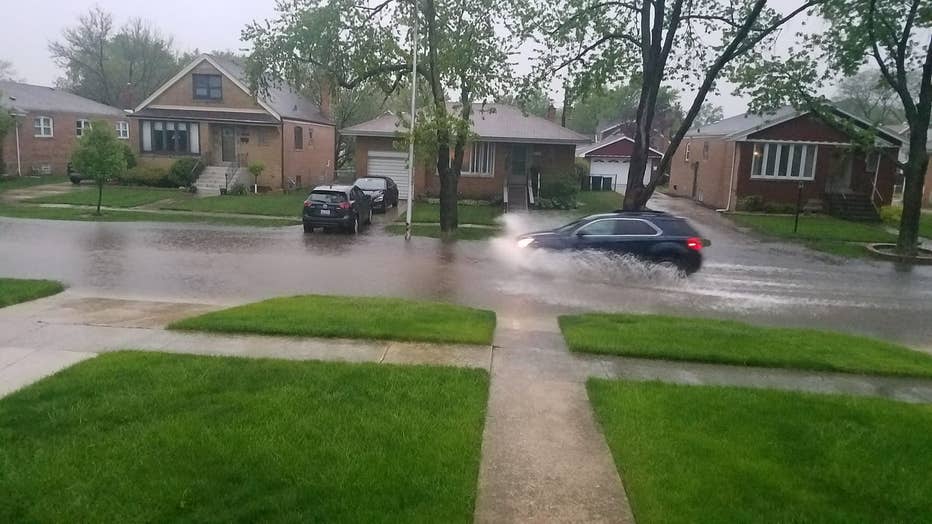