A street performer was stabbed Tuesday while he was performing in the CTA Red Line station in the Loop.

CHICAGO - A street musician was stabbed Tuesday while performing in a CTA Red Line station in the Loop.

A woman in her 30s approached the man about 1:35 p.m. at the Jackson station in the 200 block of South State Street and cut his arm with a knife during an argument, Chicago police said.

The man, 26, was taken to Northwestern Memorial Hospital in serious condition, fire officials said, but police said he was in fair condition.

The woman was arrested nearby and taken to a hospital for treatment, police said. No charges have been filed.

A woman who identified herself as the street performer’s sister said he was attacked by a woman who tried to push him onto the tracks and then stabbed him with a kitchen knife, according to an online fundraiser page. 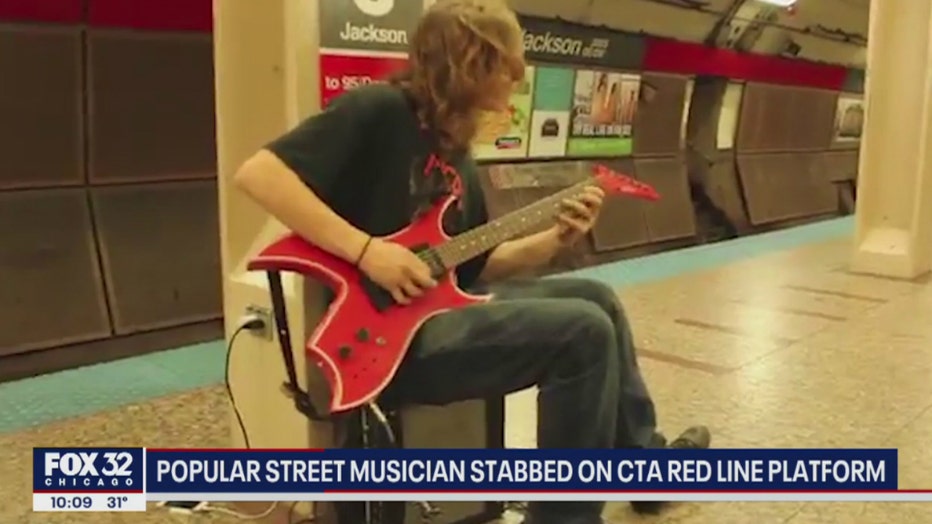 His amplifier and guitar were destroyed, the sister said.

His “only passion was music, the thought of doing anything else with his life was never an option for him,” she wrote.

A man was in good condition Tuesday after he was stabbed at the CTA Red Line station at Jackson.