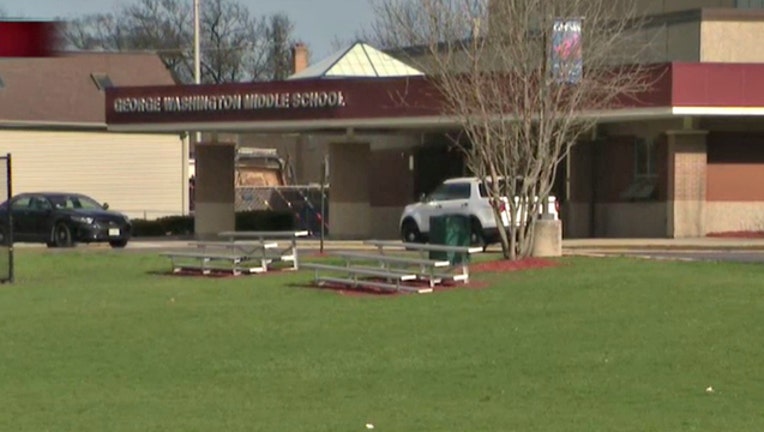 The male student was away from others when he shot himself at 1:30 p.m. inside George Washington Middle School at 8101 Ogden Avenue, according to Ray Hanania, spokesman for the Village of Lyons.

The student, who remains unnamed, was taken to Loyola University Medical Center in Maywood, where he died, Hanania said.

He shot himself inside a restroom, according to a source.

The school was put on lockdown for about an hour before students were released early from school, Hanania said.

“This kind of incident is always a great tragedy for everyone, the family, the students, the school and the entire community,” Lyons Village President Christopher Getty said in a statement. “We’re heartbroken to hear that this happened.”

Police said there was no danger to other students of staff at any time.

Lyons police are handling the investigation.

An autopsy Thursday found the boy died of the self-inflicted gunshot wound and ruled his death a suicide, according to the Cook County medical examiner’s office.