BUXTON, N.D. - The University of North Dakota’s aerospace school has cancelled all flight activities after a student pilot from Chicago died in an airplane crash.

The University of North Dakota plane went down about 8:30 p.m. Monday in a field near the Traill County community of Buxton, in northeastern North Dakota, according to the Highway Patrol. The Grand Forks-based school identified the victim as 19-year-old John Hauser, a student majoring in commercial aviation from Chicago.

Hauser, a sophomore, was pronounced dead at the scene. School officials have not said what type of aircraft he was flying.

"Out of respect for the family we stress that you should not speculate about this event and let the investigation takes its course," Kraus said in an email to students and school officials. 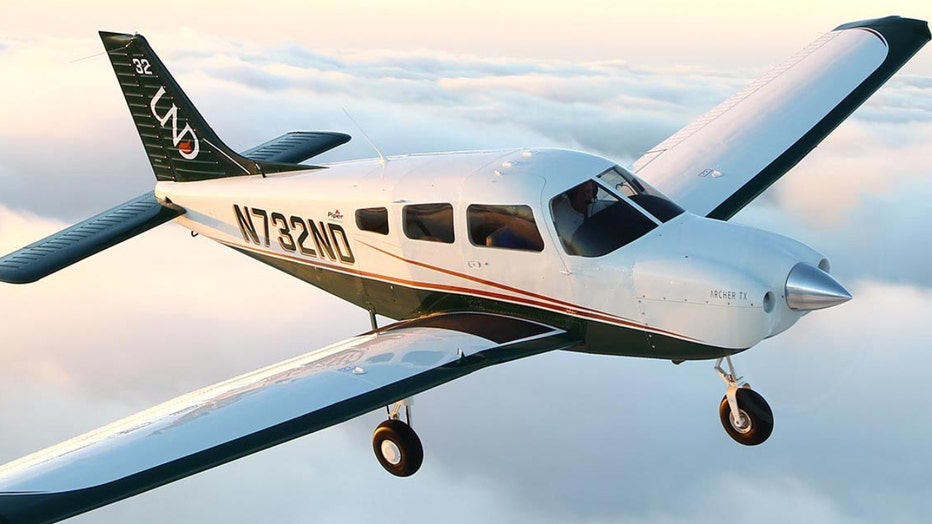 University officials said counseling services are being offered to students.

"The loss of a member of our UND community affects us all," UND President Andrew Armacost said in a statement.

University spokesman David Dodds said flight activities were being halted so the school could review safety protocols, but also out of respect for the victim and to provide counseling to fellow students.

UND’s aviation school is one of the largest such programs in the country, with more than 1,800 students and 500 faculty members.

The fatal crash was the first involving a UND airplane since 2007, when a student and flight instructor were killed in central Minnesota after their aircraft collided with geese, the National Transportation Safety Board said.

In 2000, an aviation student died when he crashed a UND-owned twin-engine plane in Rapid City, South Dakota, and authorities suspected he had taken his own life. The student had been charged with his second drunken-driving offense a day earlier — a charge that would have made it difficult for him to get a flying job.

In 1995, two UND students died in a plane crash in Wisconsin. That flight, which was not school-sanctioned, involved UND aviation students and a friend in a rented plane.