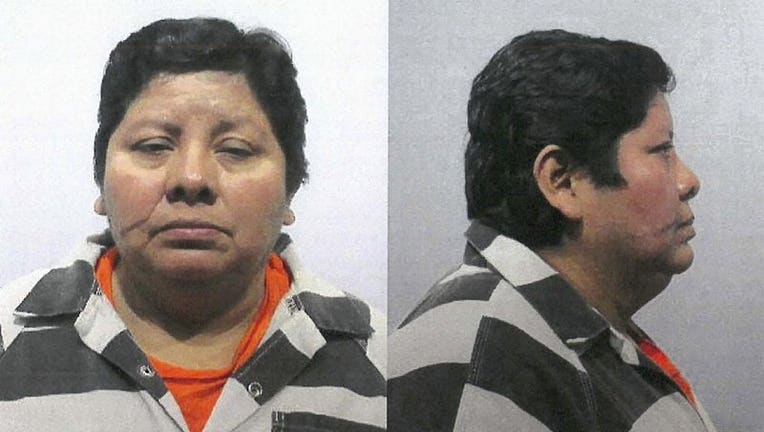 CHICAGO - A suburban Chicago woman has pleaded guilty to a federal labor charge for helping several people from Guatemala enter the U.S. and then forbidding them from leaving her home until they paid off their debt to her.

Concepcion Malinek, 50, pleaded guilty Tuesday to one count of labor trafficking, the U.S. Attorney’s Office said. The Cicero, Illinois, woman admitted in a plea declaration that she assisted 10 Guatemalan immigrants with illegally entering the U.S. from 2009 to 2019, federal prosecutors said.

Malinek forced most of the immigrants to live in her basement, arranged for them to work at a factory and collected large portions of their paychecks. She told them they couldn’t leave until they paid their debt, and threatened to have them deported if they did not, prosecutors said.

Malinek originally told the immigrants she would charge about $5,000 to help them enter the U.S., but allegedly charged them anywhere from $18,000 to $42,000, the Chicago Sun-Times reported.

When she was arrested in March 2019, authorities found 33 people living in Malinek’s single-family home.

Though she pleaded guilty, she did not reach a plea agreement with prosecutors. She entered her plea during a hearing held by phone because of the coronavirus pandemic.

A federal judge in Chicago scheduled an Oct. 20 sentencing date for Malinek, but indicated it could change. She faces a maximum 20-year prison term.

Robert Rascia, Malinek’s attorney, has previously insisted that Malinek “did not use any violence, physical force, or threats of violence or force to compel anyone to work for her, or to pay their outstanding debts to her, or to continue residing at her home.”

“Each of (Malinek’s) houseguests voluntarily agreed to enter into this arrangement and they voluntarily remained at her home without anyone preventing them from leaving,” Rascia wrote in a court filing earlier this year.