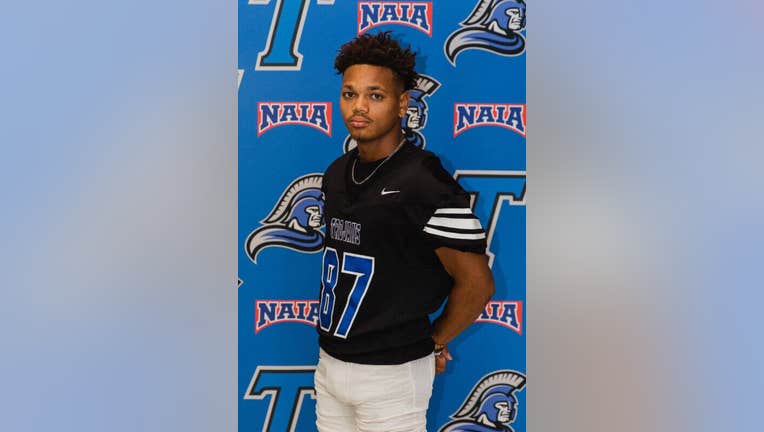 Avery Gilbert had been on campus for just three days.

The school said Gilbert was found by a fellow teammate in the Johnson Hall entryway collapsed.

He was unresponsive and not breathing, according to the school.

The incident was reportedly related to a pre-existing medical condition ‘triggered by an allergen,' school officials said.

EMS responded and administered life-saving measures before transporting him to an area hospital.

The cause of death has not officially been determined.

Gilbert was a 2022 graduate of Grayslake North High School and a resident of Lake Villa.

The school said he was known for his "infectious energy, generosity, and joy."

A memorial service will be held by the school in Gilbert's honor, however, it has not been scheduled yet.

Trinity College's football coach Willie Tillman said the 2022 Trojan football season will be dedicated to Gilbert, and will honor his name and number, #87.