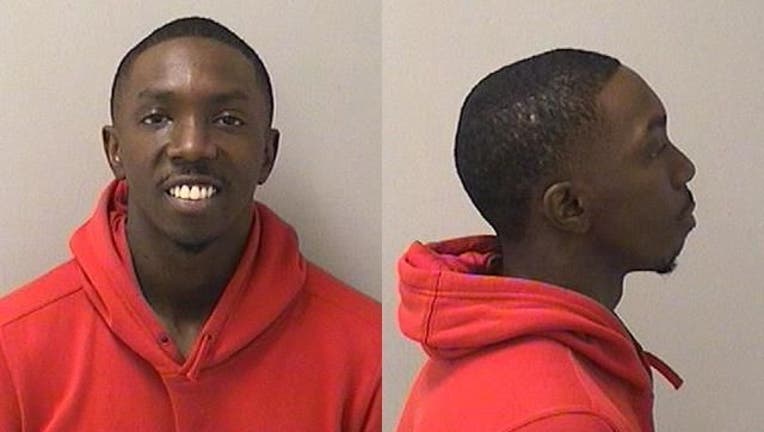 KANE COUNTY, Ill. - A Montgomery man was found guilty of murder in the death of a 40-year-old man.

Chuckie E. Chatman, 32, was found guilty of first-degree murder and three counts of aggravated discharge of a firearm.

According to Kane County prosecutors, Chatman had been upset that the victim, 40-year-old Ernest Hardy, was dating the mother of his children.

Chatman made threats against the woman, and on Oct. 16, 2020, went to her residence in Aurora. She refused to let him inside.

The woman then called Hardy.

Hardy drove to her residence, and around midnight, the two left in Hardy's vehicle, prosecutors said.

Chatman then followed them at a high speed. A passenger in Chatman's car, who is unknown to police, fired multiple shots at Hardy's vehicle.

The vehicle was struck four times, including once in the rear tire.

The vehicle then spun out of control and struck a parked car.

The woman was uninjured and climbed from the car and ran home before police arrived.

Chatman's next court appearance is scheduled for Oct. 24.

He remains at the Kane County Jail and faces a minimum sentence of 39 years of imprisonment in the Illinois Department of Corrections.